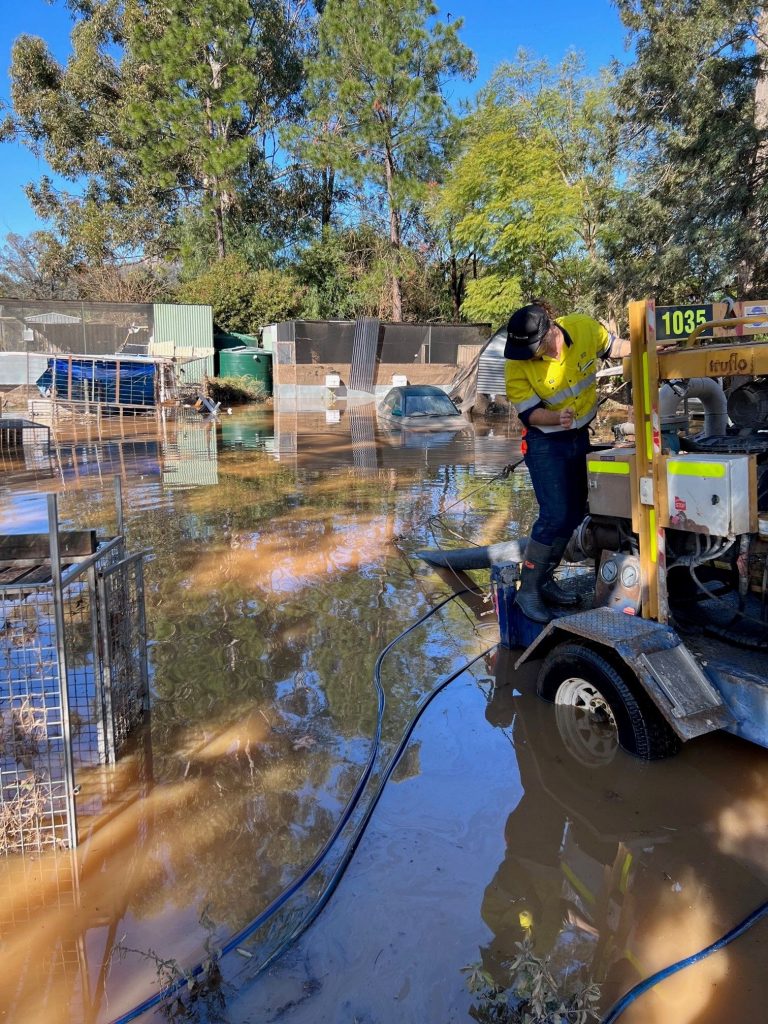 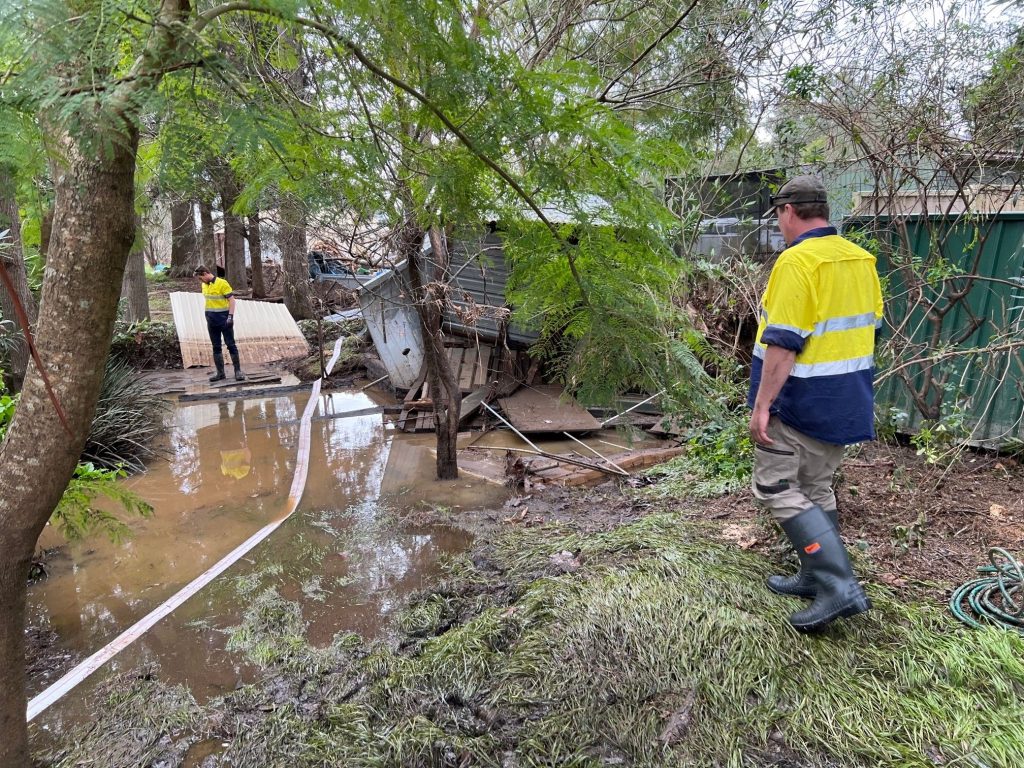 Glencore mine workers have been lending their muscle to help Broke residents clean up after the township was inundated with water.

In early July the township was cut off from the rest of the Hunter as an east coast low brought an unprecedented amount of rainfall.

Locals are still cleaning up with some residents unable to return home yet facing repair bills upwards of $80,000.

Glencore’s Bulga mine neighbours the township and they are no stranger to helping out Broke in times of need.

Operations Manager Dave Foster said they consider themselves a big part of the community so they couldn’t not help.

“We thought it was a really good time to help a neighbour out since we had the resources that they needed at the time so we just wanted to help out where we could,” he said.

“When we first put it out to our employees that we wanted to head into the Broke village and help out, out of a crew of about 100 people, probably more than 50 per cent put their hand up so it was a real willingness from the whole workforce to help out.”

“We’ve had a number of those employees who are actually impacted in the Bulga village and have really chosen to help their community out first and foremost rather than their own houses.”

“Bulga was certainly the first on the ground, we’re closest to the community. But we put the call out to all our Glencore sites in the Hunter Valley and just about every site chipped in as best they could which is awesome. It’s been a real team Glencore effort on the ground at Broke for sure,” he said. 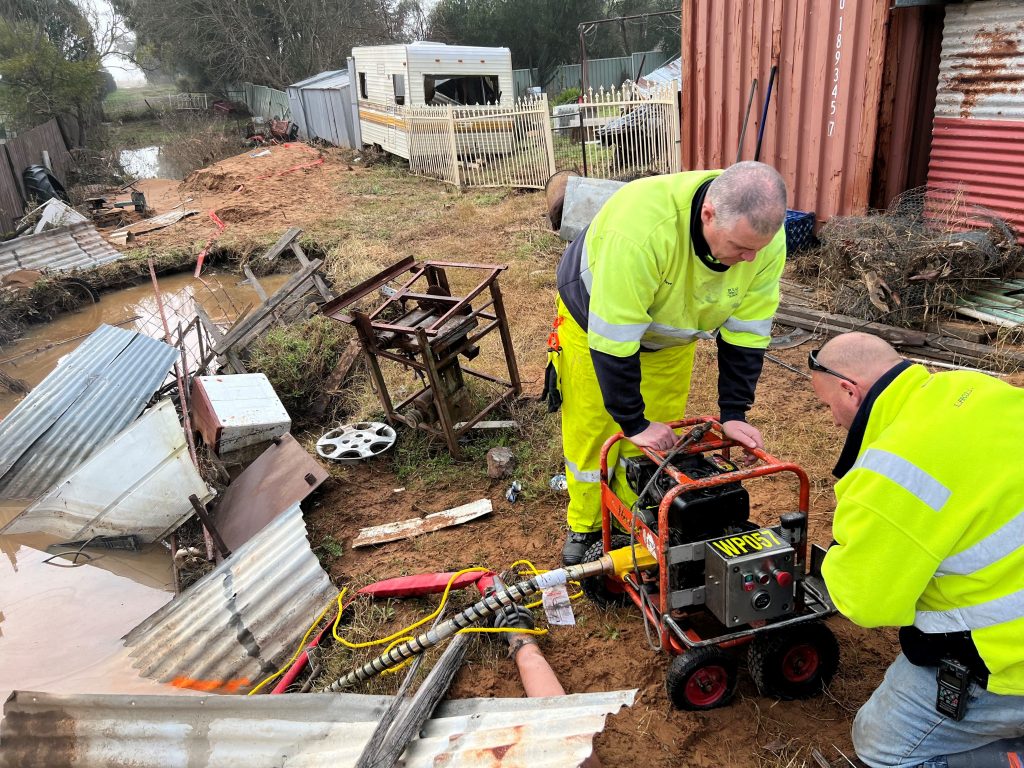 Mine workers from the Bulga pit, Glendell, United Wambo, Ravensworth and Liddell helped out with manual labour, provided trucks to haul material, a vacuum truck to pump out septic systems, excavators, trailer pumps, electricians, civil engineers, a generator for the community hall, water tankers and a coffee van to help out with some catering.

“Certainly in the first week there was a lot of effort around bulk clean up work so we provided anywhere between 10 and 20 employees doing physical labour like cleaning out flood affected houses and yards and so forth as well as pumping out a lot of water that is still lying around in people’s backyards,” said Dave Foster.

“The initial efforts have wound down in the last week with that bulk clean up work,”

“But there’s still lots of ongoing pumping works, there’s lots of low lying water still sitting around in backyards and other areas. There’s a lot of backyards that have been eroded out in the Broke area has a lot of alluvial sand and that floodwater has just ashed away and left really large holes in people’s backyards so we’re just working with Singleton Council on assessing the priority areas to help back fill those holes,” said Dave Foster.