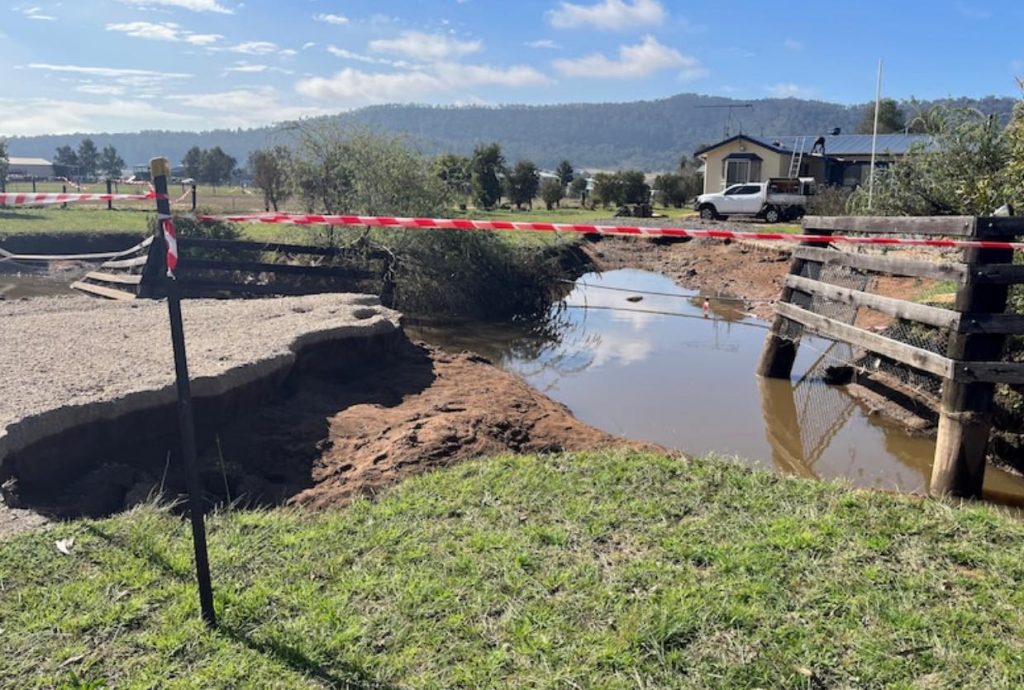 Broke, near Singleton was inundated with water and many residents haven’t even been able to go back to their homes despite the water receding.

“Once it [the water] came over the top of the bank, it was dark, the power was off and people were really scrambling to get their pets and get out of the house to higher ground. It came really fast,” said Dave Layzell.

“Throughout that town we have a huge amount of flood damage and the recovery team are working really hard doing a tremendous job of getting Broke back on its feet again and the community there are amazing,”

“But the community can’t get back into their homes, there’s a  number of people there whose homes have sustained serious damage and now they’re staying in hotel rooms, they’re staying with family friends and in caravans, they’ve basically lost everything,” he said.

“There’s no doubt that those who are dealing with insurance and all different stake holders that they need financial help and I think the best way we can do that is to extend the same sort of financial help that those in Lismore received during the last floods in February and in March and getting those flood grants to people would really help them get through this.”

There are reports this morning that the grants have been signed off on by the Federal Government and they should be available “imminently”.

‘We really need to be able to step in and help them,” said Dave Layzell.

“I think we just need to get that money into the hands of people who need it as fast as possible.”