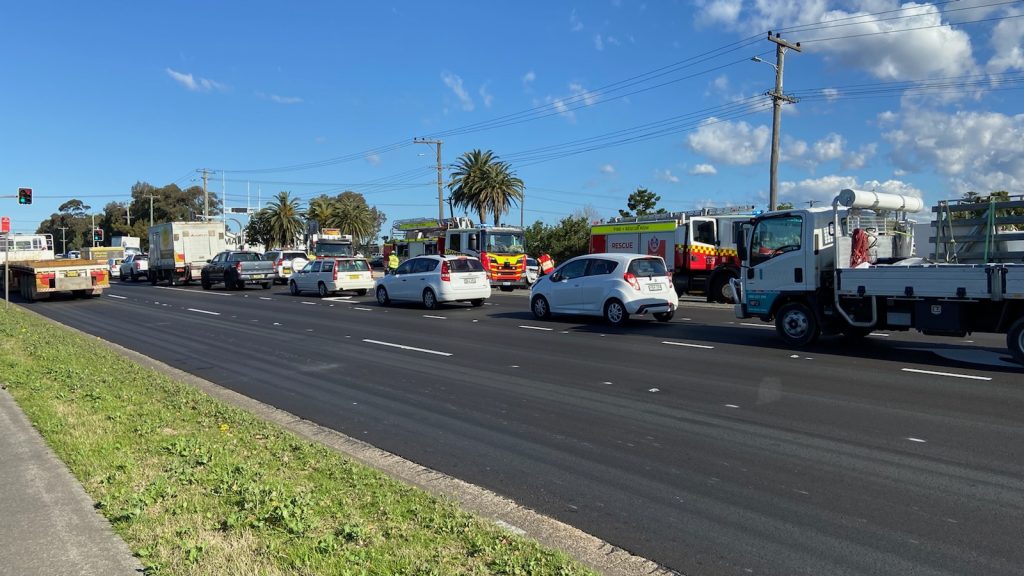 An elderly man has been taken to hospital following a three car crash at Sandgate on Friday afternoon.

Emergency services were called to the scene about 1:30 and NSW Ambulance began immediately treating a male believed to be in his 70s, who was trapped in one vehicle, for suspected spinal injuries.

Backup was called for to assess two other men for minor injuries, but did they did not require transport.

Once the trapped man was successfully extricated, with the assistance of Fire and Rescue NSW, he was taken to the John Hunter Hospital in a serious but stable condition.

“To both continue to provide care for their patient whilst assessing two others involved in the accident.

“The trapped male patient was of most concern to us and we applied spinal precautions before transporting him to hospital.”

“The scene we arrived to was pretty chaotic with a large amount of traffic already built up. It’s so important to remain vigilant and alert on our roads,” Insp. De Zuna said.