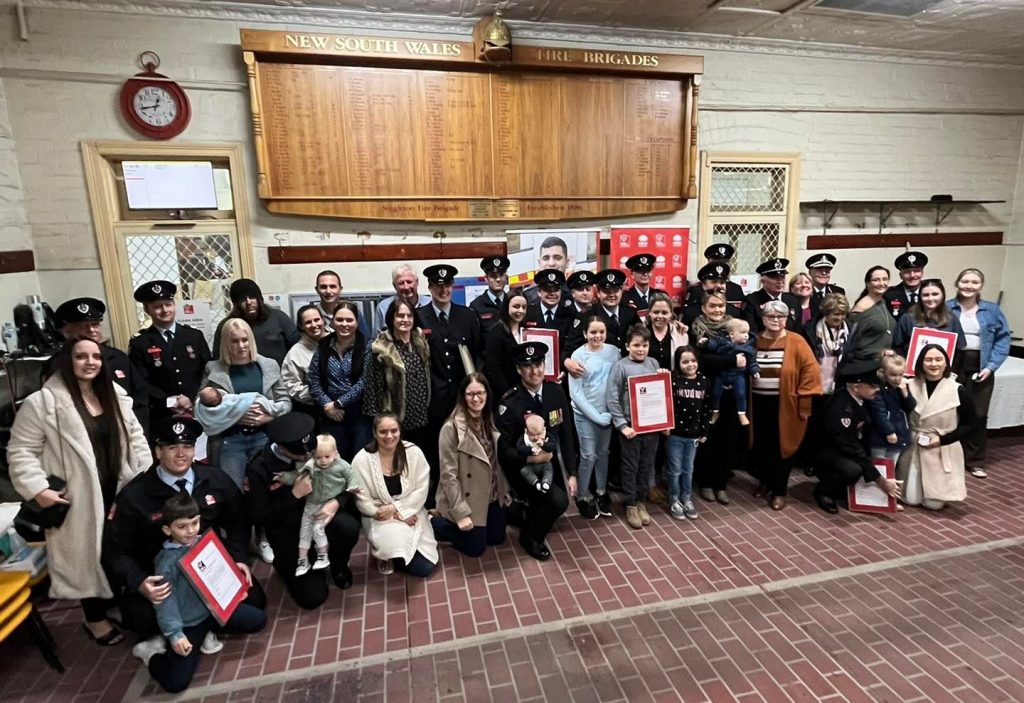 A special ceremony has been held in Singleton this week to recognise the courageous efforts of the firefighters who responded to a fatal house fire back in 2019.

NSW Fire and Rescue firefighters from Brnaxton, Rutherford, Kurri Kurri and Singleton were called to the fire in the early hours of that morning and arrived at Britcliffe Close to find the home well alight.

Crews broke through windows to rescue the twin girls from their bedrooms just seconds before the rooms were engulfed. They were taken to hospital but died soon after.

The young boy was found inside the burnt-out home.

The mother and her 8-year-old daughter were pulled out of the house by neighbours and were treated by paramedics before being taken to hospital.

22 NSW Fire and Rescue firefighters were at the scene to attend the blaze which destroyed the house.

A NSW Coroner determined last year the fire was “accidental” and investigators at the time suspected a combustible fireplace was the cause.

Upper Hunter MP David Layzell said each firefighter being honoured had put their lives at risk to save the young family.

“The actions of the firefighters were beyond the call of duty and I’m immensely proud of the bravery they showed on the day of this tragic incident,” David Layzell said.

“As a community, we ask more of firefighters than we would ask of ourselves, and time and again, they deliver.” 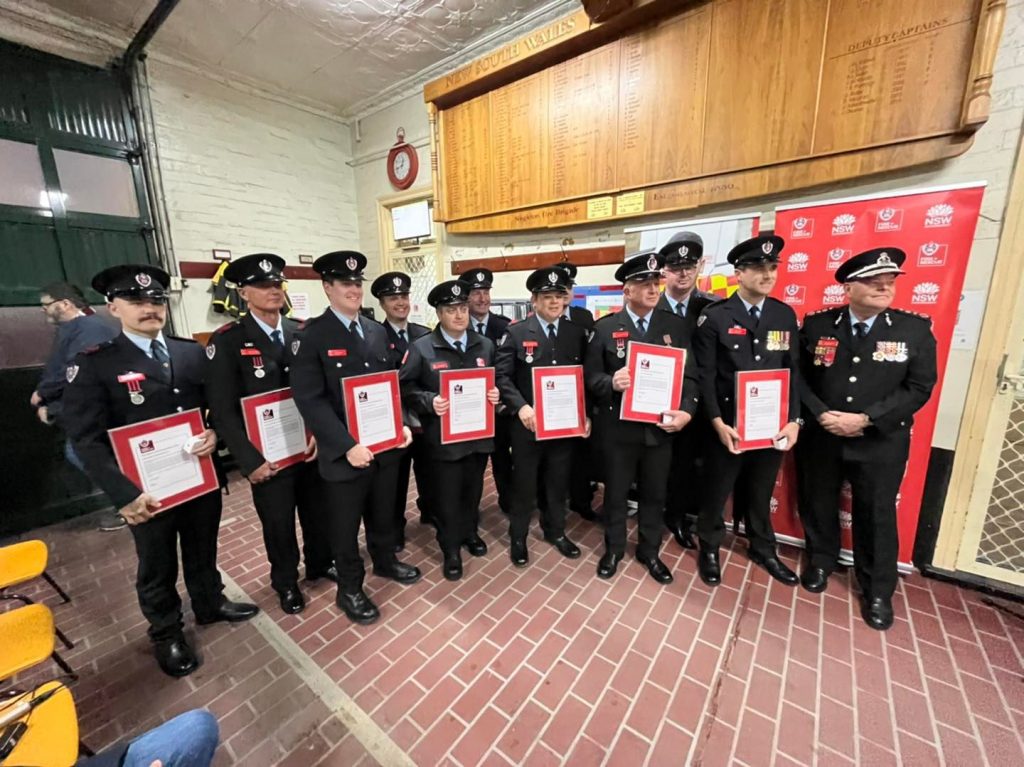 FRNSW Commissioner Paul Baxter said the firefighters are a credit to both FRNSW and the communities they protect and serve.

“They exemplify the proud legacy of courageous service that is the hallmark of NSW firefighters,” Commissioner Baxter said.

“As on-call firefighters, the recipients demonstrated their selfless commitment to protecting the irreplaceable in the communities in which they live.”

Following the tragedy, firefighters visited hundreds of homes in Singleton to ensure there was at least one working smoke alarm in every property, and provided advice to residents on how to reduce the risks of fire.

Recipients of the Unit Commendation for Courageous Action:

Recipients of the Unit Commendation for Meritorious Service:

Recipients of the Commissioner’s Certificate of Appreciation: 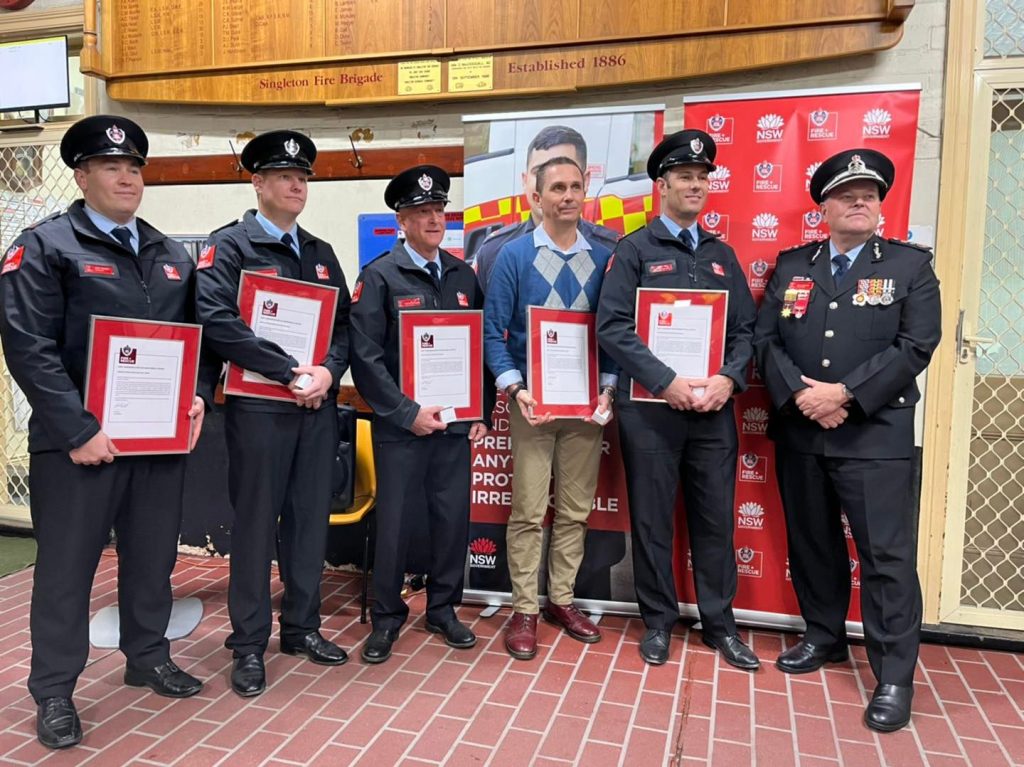