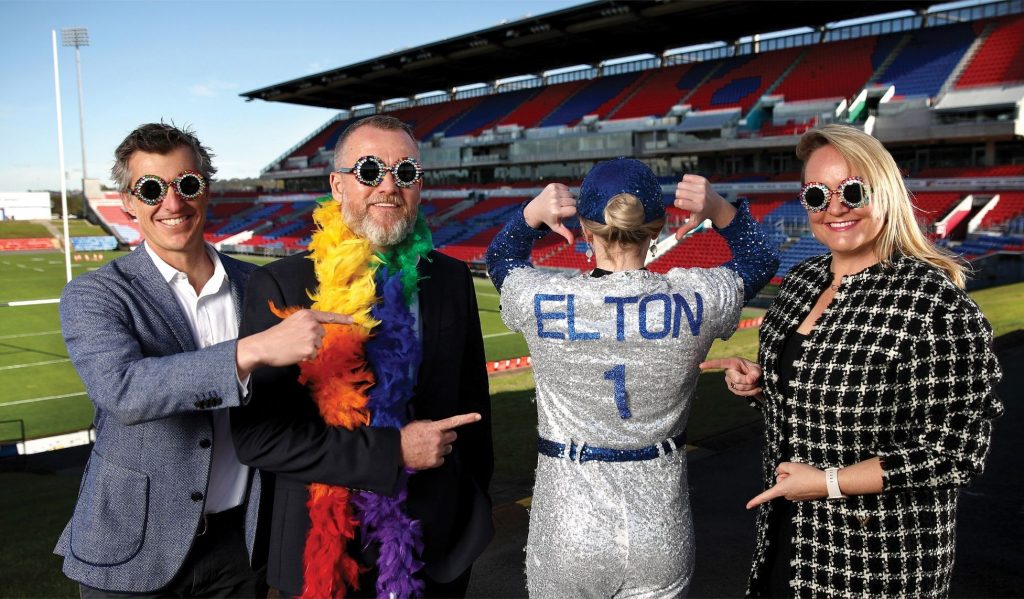 Well it’s official, the rocket man himself Elton John is coming to Newcastle!

Tuesday night’s alright for Elton with the music legend set to perform at McDonald Jones Stadium on January 10, 2023.

The show will be a part of The Farewell Yellow Brick Road: Final Tour and the first Major Events Partnership between Newcastle Council and Venues NSW at the home of the Newcastle Knights.

Lord Mayor Nuatali Nelmes said the Elton John concert was a coup for the city and just one example of the diverse major events the new partnership is looking to achieve.

“Newcastle is once again showing Australia and the world that we’re a global events city, attracting one of the biggest names in music, Elton John, to play a stadium concert in front of thousands of cheering Novocastrians and tourists,” Cr Nelmes said.

“There was a time not so long ago that you would never imagine a name like Elton John playing in Newcastle,”

“City of Newcastle and Venues NSW have been working together to bring various major sporting events to Newcastle for years and now we’ve made this partnership official with the vision to attract events that are new, unexpected and will bring more visitors to the city.”

Venues NSW and McDonald Jones Stadium CEO Kerrie Mather added: “We can’t wait to welcome Elton John to Newcastle as part of his Australian tour in what will be an unforgettable night for the region.

“We’re about to embark on the busiest concert season in New South Wales arguably ever, with Elton John to perform live in Newcastle and Sydney, while Justin Bieber, Ed Sheeran, Guns N’ Roses, Harry Styles and Red Hot Chili Peppers are just some of the global superstars announced so far.”

“This is an incredibly exciting result for Newcastle, and just a taste of the major events to come for the region.”