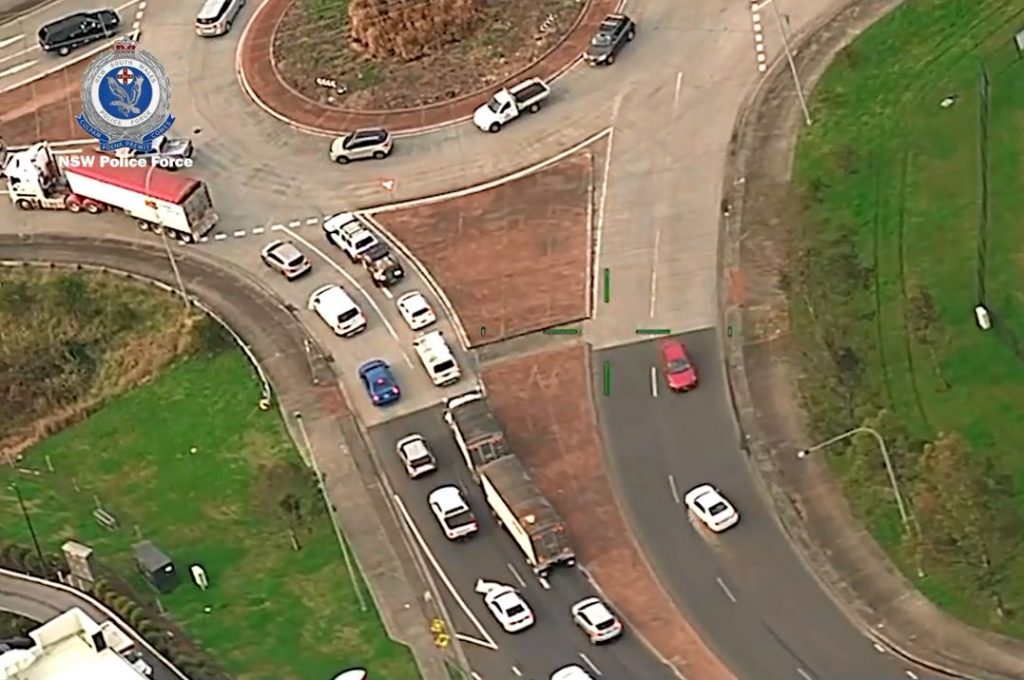 A man who led police on a wild pursuit across the Hunter on Thursday last week has now been charged.

The 33-year-old man was arrested on the same day, and placed under police guard at John Hunter Hospital.

Port Stephens-Hunter police allege the man failed to stop for officers at Cessnock at about 3:40pm on 7 July. A pursuit was initiated with police chasing the black Mazda but it was terminated a short time later due to safety concerns.

Police say the man stopped in Weston and abandoned that car before approaching a Mitsubishi Magna parked nearly. He allegedly forced the 67-year-old driver from the vehicle and fled in the vehicle.

PolAir tracked the vehicle to Anderson Drive at Beresfield and the 33-year-old was arrested after allegedly attempting to access another two vehicles in a garage on Emerson Street.