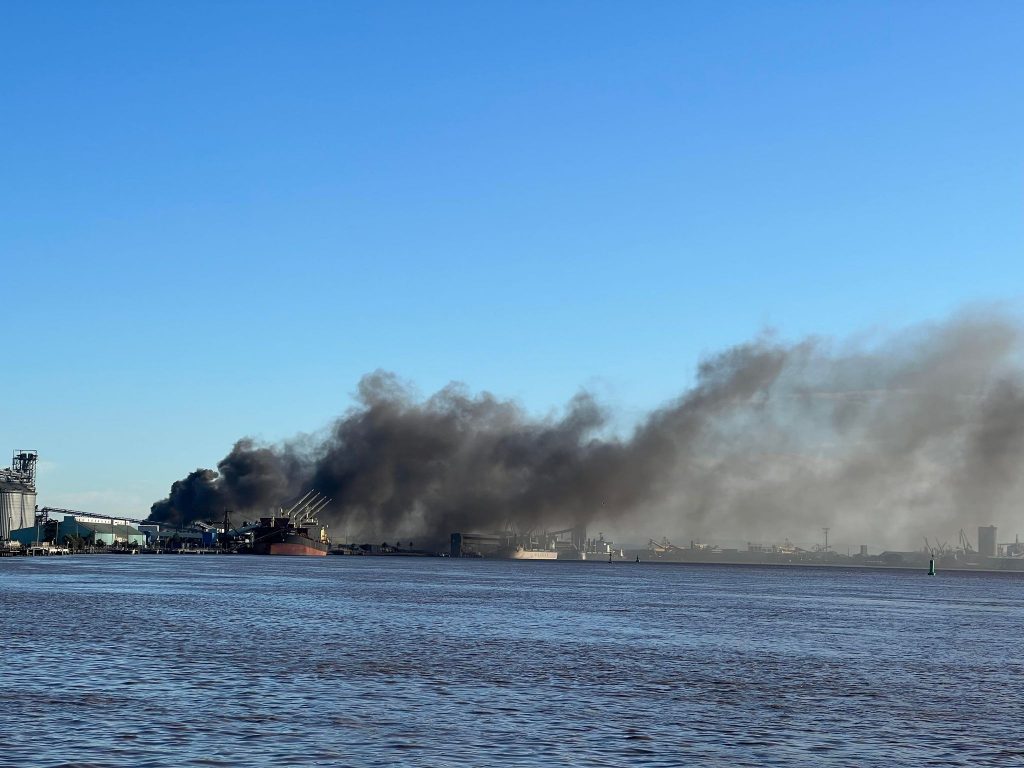 Dark plumes of smoke could be seen rising above Newcastle’s harbor after reports of a fire at an industrial estate at Carrington on Saturday morning.

Firefighters were called to a bottle and can recycling facility on Everett Street where a blaze had broken out inside a large bin.

Fire and Rescue NSW said staff had already started to extinguish it when three FRNSW trucks arrived and crews took over.

By 9am they had all but finished mopping up the incident which caused minimal damage.