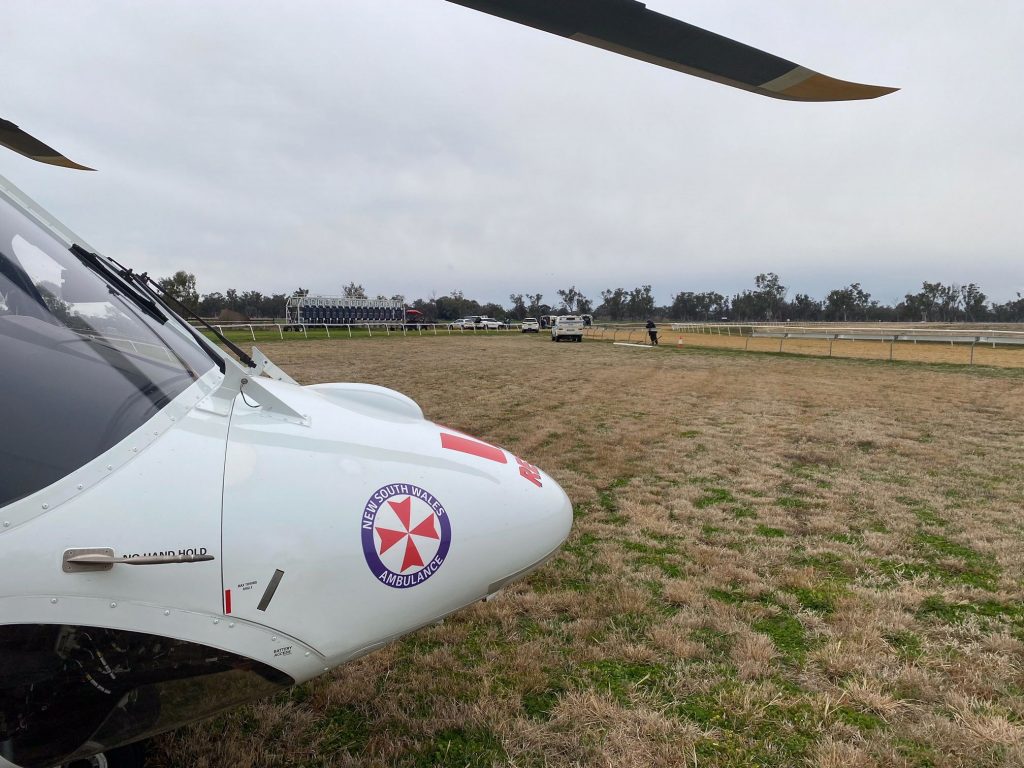 An apprentice jockey is in a critical condition in the John Hunter Hospital after the second fall in two days at the Gunnedah races.

A 26-year-old female jockey was treated at the scene by NSW Ambulance Paramedics and the Westpac Rescue Helicopter’s Critical Care Medical Team for head injuries after falling from a horse.

The jockey was airlifted to the John Hunter with critical head injuries.

She was last reported to be in a critical condition.

It’s the second serious jockey accident in NSW in two days after a 24-year-old Brisbane-based jockey fell from a horse at Grafton on Sunday.

She remains in a coma.