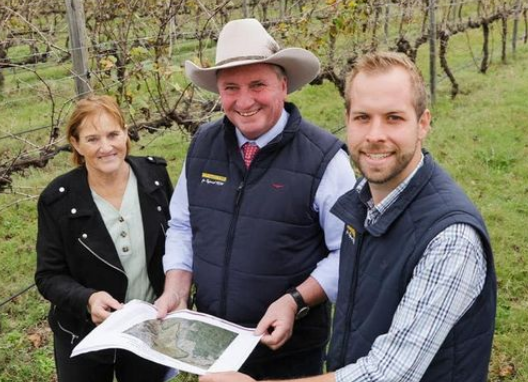 On the eve of tomorrow’s Federal Election — the Coalition are rolling out more funding announcements.

A re-elected Liberal-National government will provide $500,000 to fund a bush track extension for the Fernleigh Awabakal Shared Track.

If constructed it would create an additional pedestrian and cycle link to the popular track from Belmont North.

Further up the Hunter Valley, Deputy Prime Minister Barnaby Joyce was in the seat of Hunter this morning to make a major water commitment.

He announced 15 million towards the Bulga-Milbrodal Water Supply Project.

It’s set to secure a water connection for the agricultural industries in the region as well as up to 180 properties, including Milbrodale Public School.