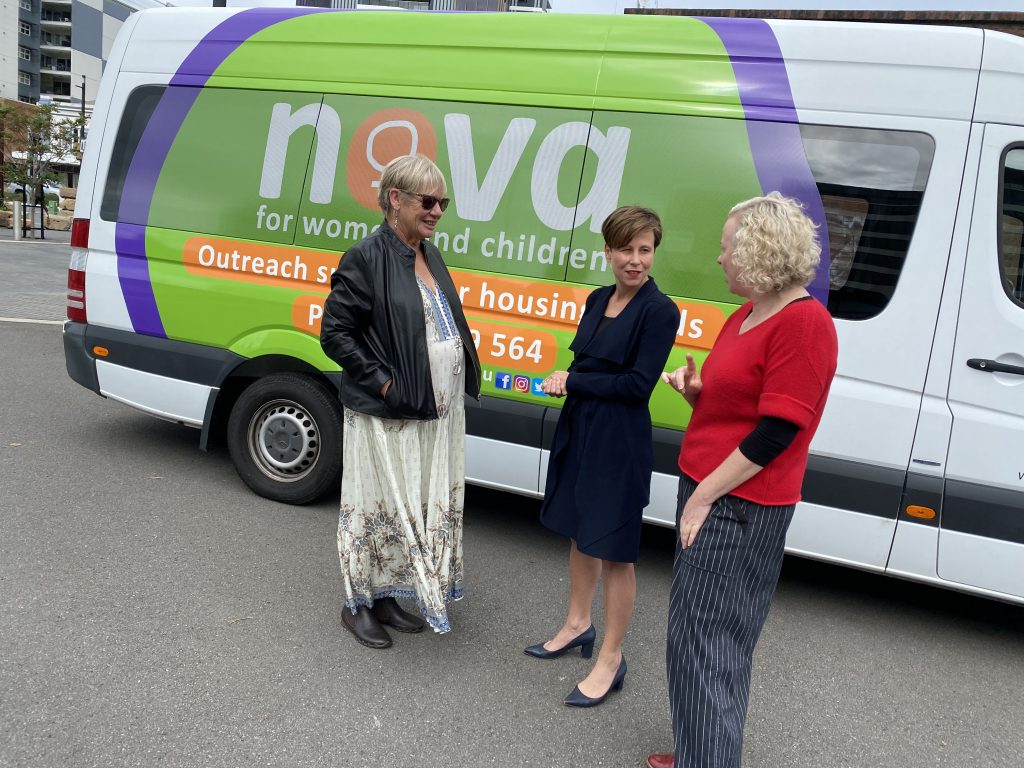 Labor has unveiled its plan to tackle domestic violence, if they are elected on May 21, using Newcastle as the launchpad.

Shadow Assistant Minister for Communities and the Prevention of Domestic Violence, Senator Jenny McAllister made the trip to Newcastle on Monday morning, to announce their alternative plan to address the crisis.

Senator McAllister says the ten extra pair of hands would make an enormous difference, helping up to 800 more women and supporting them during the hardest time of their lives.

“In just a single year, nearly 10,000 women and children are turned away from shelters because there simply isn’t enough room and that story is confirmed by every service we speak to.

“People say why doesn’t she leave? and the answer is because too frequently there is nowhere to go.

“Here in Newcastle we know that rents are going up and it’s putting extraordinary pressure on families, let alone those women who are taking the brave step to leave a violent relationship,” Senator McAllister said.

Nova for Women and Children CEO Kelly Hansen has welcomed the plan, saying she doesn’t care which party it comes from as long as they listen to what is needed.