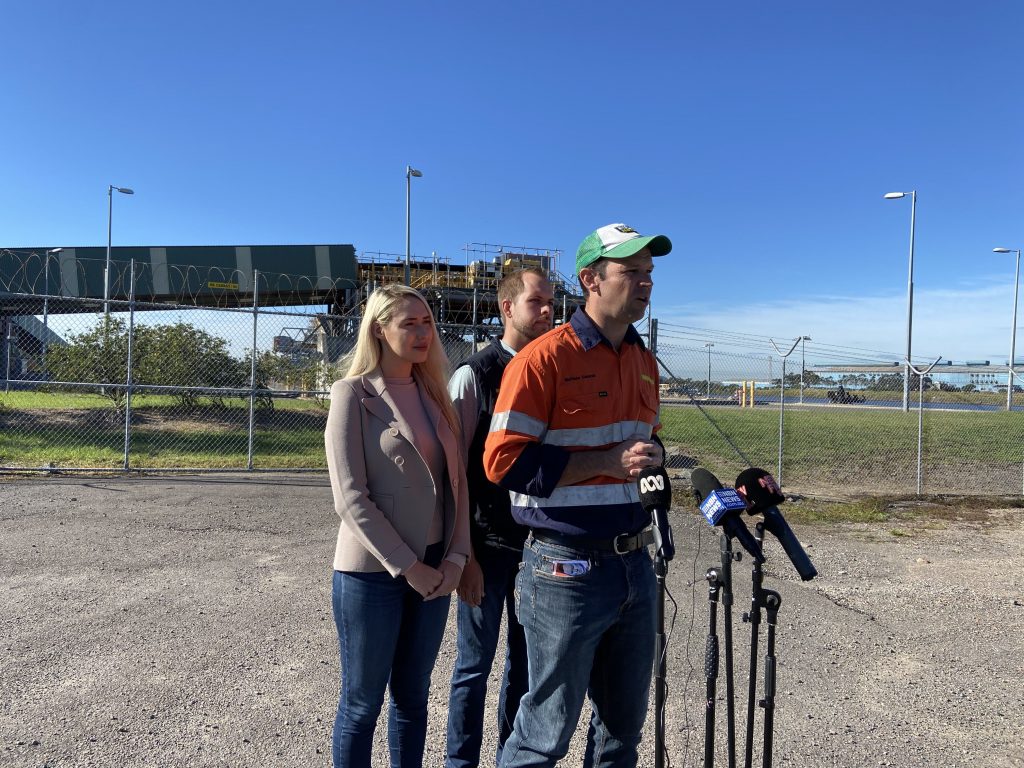 The Liberal/National Government is calling on Labor to explain their emissions reduction policy that they believe will put 10,000 jobs at risk in the Hunter region.

In December, Labor announced their reduction policy for the Federal Election which, if they’re elected, would see them aim to cut greenhouse gas emissions by 43 per cent by 2030. To do that, companies would be allowed to emit a certain amount but if they go over their limit would have to purchase carbon offsets. If they stayed below their limit they could sell the offsets off.

Today Queensland Senator and former Resources Minister Matthew Canavan was in Newcastle to show the statistics they found, that if Labor are elected and they put their policy in place, thousands of jobs would be on the line in the Hunter.

“Nothing changes the fact that Anthony Albanese and the Labor Government want to put a tax on our mining sector and on our manufacturing facilities. Now I don’t believe that’s the right path for this country. Just at a time when the world needs our coal, when our world need energy from free Liberal democracies like Australia we shouldn’t be imposing new taxes,” he said.

“Ten years ago the Labor Party were waving a carbon tax proudly in front of everybody, now they hide it in their back pocket, they hide their plans for a carbon tax because they’re worried people don’t like it very much. But they still want to do it, the Green wing of the Labor still wants and has b=plans to introduce a carbon tax and that’s why they’re doing this.”

Matt Canavan believes mines from one end of the Valley to the other would be impacted, and the businesses across the region that supply mines in one way or another.

“Hunter Valley coal mining and traditional industry businesses and the more than 9,600 workers and their families who rely on them will rightly be concerned that Labor is seeking to impose this cost on local industries and workers by stealth,” James Thomson said.

“Labor needs to explain the effects of their policies on businesses and on our coal mines that employ thousands of workers from across the electorate of Hunter and our broader region.”

Shortland MP and Shadow Minister Assisting for Climate Change Pat Conroy has hit back at the claims jobs will be lost.

“That’s an absolute lie and for Matt Canavan to come to our town and spread fear and scare workers is an absolute disgrace,”

“Matt Canavan is the greatest fraud in Australian politics today.”