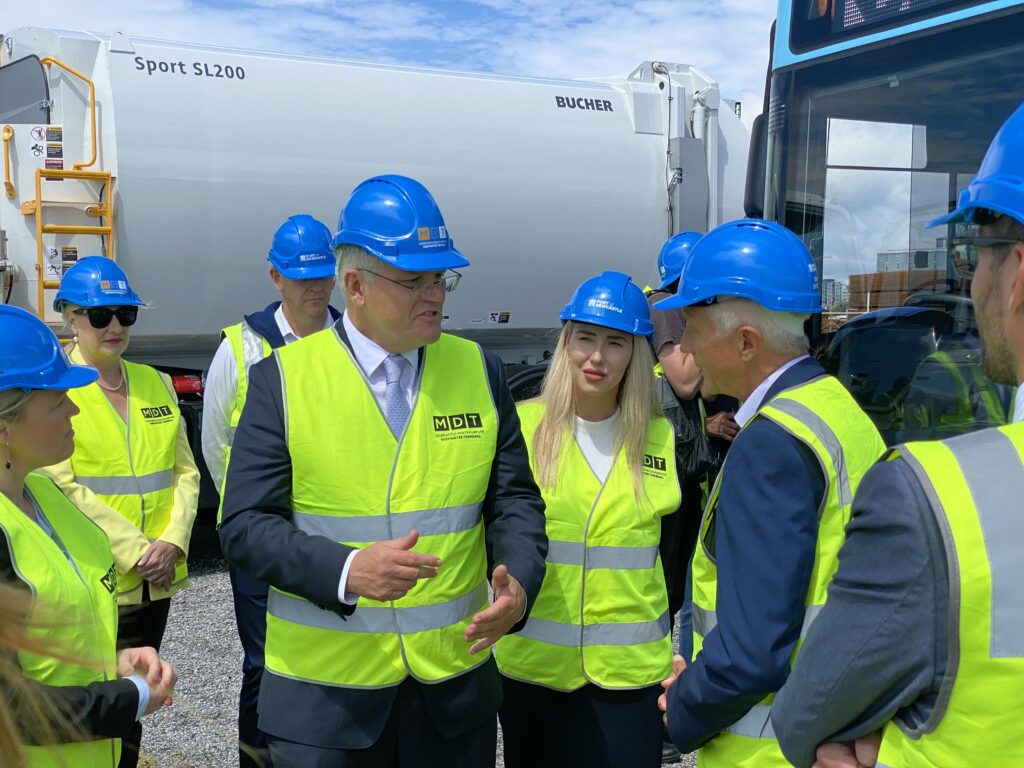 The continuing development of a major hydrogen hub in the Hunter has received a boost from last night’s Federal Budget.

The Government has allocated $100 million to support pre-Final Investment Decision activities and early works to make the Port of Newcastle “hydrogen ready”.

The Port of Newcastle has a plan for a $3.1 billion dollar hydrogen hub on Kooragang Island that they announced earlier this year.

In November last year Prime Minister Scott Morrison visited the Hunter for an announcement with the Port of Newcastle. The Port announced their partnership with Macquarie’s Green Investment Group and the Commonwealth Government’s Australian Renewable Energy Agency (ARENA) launching a $3 million feasibility study into the development of a green hydrogen hub at the Port that includes the backing of a $1.5 million funding grant from ARENA, secured under its Advancing Renewables Program.

The $100 million announced last night will be for early work and investment decisions.

Other investment spends in the Hunter had already been announced this week.

In the 2022-23 Budget there is $1 billion for the Sydney to Newcastle faster rail upgrade.

The new project will improve a ten kilometre section of rail tracks from Tuggerah to Wyong speeding up travel times between Newcastle and Sydney. The project will have funding matched by the NSW government.

$8 million has also been announced for planning for the New England Highway duplication between Muswellbrook and Singleton and $12 million for improvements to John Renshaw Drive between Beresfield and Black Hill.

$7.2 million will also be spent on planning for a Pacific Highway upgrade on Italia Road north of Raymond Terrace.