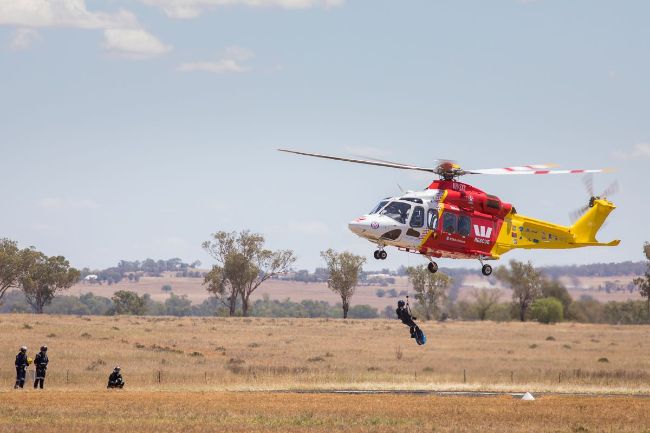 A man is in a stable condition after what could have been a horrific mower accident south west of Cessnock yesterday.

The 50-year-old man was using a ride on mower on a remote fire trail when it rolled on a property at Wollombi.

Local NSW Ambulance Paramedics and emergency services were called to the scene at around midday, but it took a while to access the trail where the man was due to difficult terrain. In the end, the Westpac Rescue Helicopter had to be called in to search for the man and the Helicopter Critical Care Medical Team were winched into the scene and commenced treatment of the male.

When they got to the man, he was trapped underneath from the waist down, bu the mower, luckily, landed with the blades facing up.

Once the medical team stabilised the man, he was winched from the location and flown to the John Hunter Hospital in Newcastle.

The man was last reported to be in a stable condition suffering minor injuries.