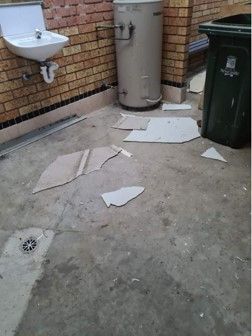 With the Local Government Elections less than two weeks away, candidates are telling locals what they promise to do if they’re voted in.

The Newcastle Independents team has been very vocal and now they’re adding an increased spend on local sports facilities to the list of things they’ll do within the next term of Council.

The team say they recently Councillors John Church and Kath Elliott, Ward 2 candidate PJ Fallon and Ward 3 candidate Dave Wild conducted a forum that found years of neglect of sporting facilities, and high levels of frustration at being ignored or given broken promises by the current council.

Dave Wild, who has worked in the sporting industry for a decade, said there were significant deficiencies within the local infrastructure for sporting clubs in the Newcastle council area.

“The significant increase in the female participation of sport in recent years has left the area horribly short when it comes to providing for those players,” said Dave Wild.

“My own daughter plays rugby league and is forced to get changed in a single shed facility where there is a high likelihood a male could walk in at any moment. It is a potential lawsuit waiting to happen, and that’s not even considering the embarrassment the girls face weekly,” he said.

“Two years ago we had an agreement with council for an upgraded four-shed facility to accommodate our growing female participants. We were even given an approximate date before being spoken to some months later and simply withdrawn from the infrastructure list due to the budget being allocated to Supercars. No discussion, we were just told,” she said.

“This facility is over 50 years old and not what is required and expected in 2021. We are tired of Council ignoring us,” she said.

Councillor Elliott has also visited numerous facilities in the Ward 4 area, with the Beresfield Touch Association the worst.

“There is a bird’s nest in the roof, with a hole in the ceiling. I could actually see the birds when I was there, and the canteen is not at all fit for purpose. This is a huge and growing organisation; all these clubs pay fees to use these facilities, we need to cater to their needs better than what we have been.”

The Newcastle Independents said they intend to conduct a thorough review of each facility, with specific focus on increased female and disabled participation in recent years.