Local police are after the public’s help to find Corey Davies who has been reported missing from East Maitland.

The 24-year-old was last seen leaving his David Avenue home at about 5:30pm yesterday in a silver Volvo sedan bearing NSW registration DGB-11Y. 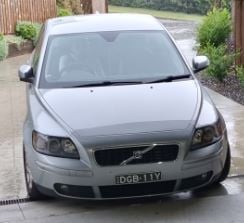 A family member reported Corey missing as they, and now police, hold concerns for the man’s welfare.

Port Stephens-Hunter Police District officers are inquiring into his whereabouts and it’s believed he may have been in the Karuah area at about 5:30am today.

Corey is described as being of Caucasian appearance and of medium build with short dark hair.

He was last seen wearing a short-sleeved white shirt and grey shorts.

Anyone with information about Corey’s whereabouts is urged to contact Maitland Police Station or Crime Stoppers on 1800 333 000.