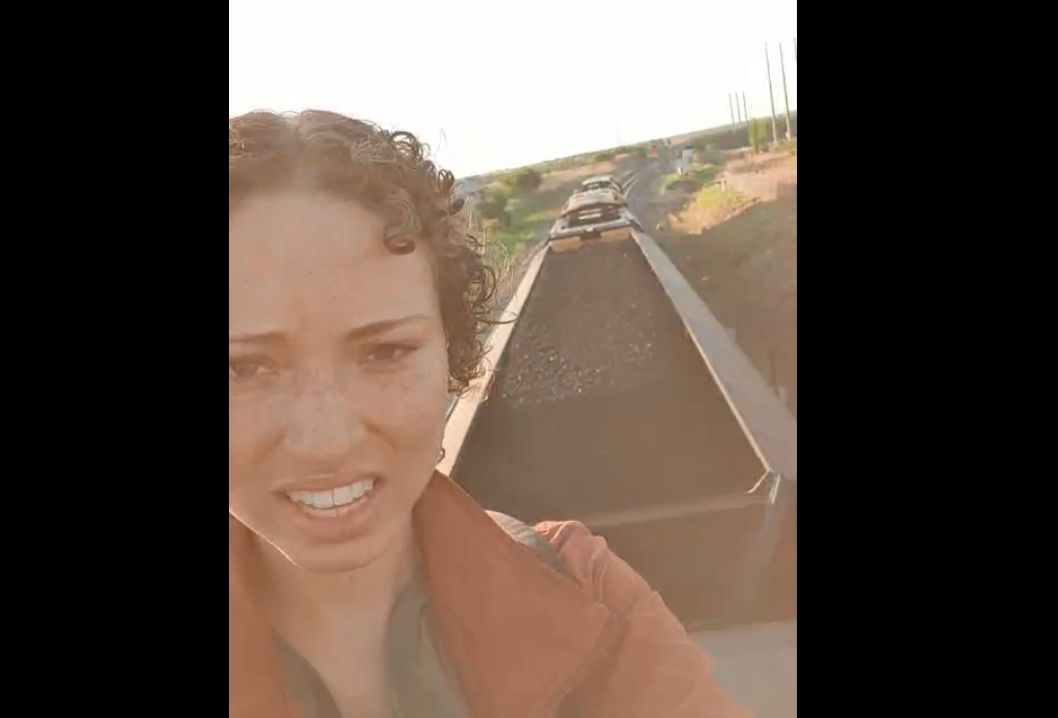 A woman protesting on top of a coal wagon near Newcastle has finally come down.

Police were at the scene just after 8am when protesters from Extinction Rebellion stopped a coal train on it’s way to the Port of Newcastle.

20-year-old Newcastle woman Mia Bloom climbed on to a fully laden coal train at Sandgate putting a banner over the wagon and sitting on it – she told her social media live stream it was a demonstration to coincide with the Environment Minister’s High Court appeal against a ruling that she has a duty of care to protect children from climate harm.

Police negotiated the 20-year-old down just before 10 o’clock.

The Australian Rail Track Corporation spokesperson said services have been paused through the Kooragang Island area on the Hunter Valley Network due to the localised protest activity.

“The Safety of our team, our service peers and the community is our core value and network access to the Kooragang Terminals will remained closed until the protesters are removed and the network made safe.”

“Police and emergency services are currently attending the site.”

“Resumption of services is expected in the coming hours.”