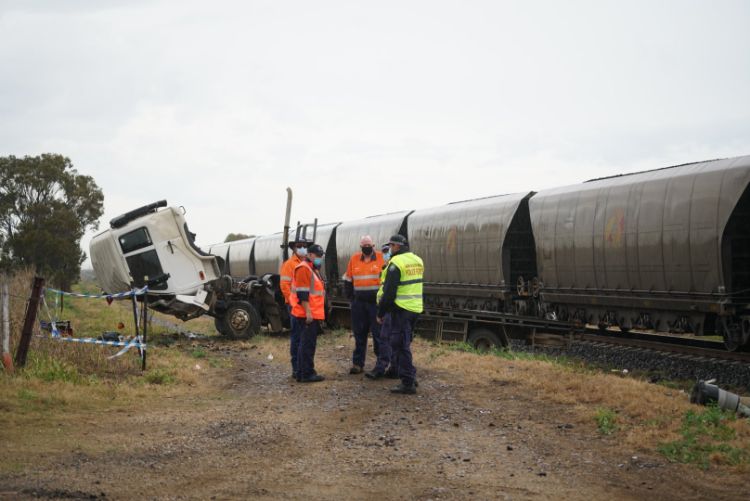 A coal train and a truck have collided in the Upper Hunter.

Emergency services were called to level crossing at Turanville near Scone at about 7:15am following reports of the collision between a flat bed truck and a coal train.

When emergency crews arrived, they found a passer by had freed the truck driver from the vehicle after he became trapped by confinement.

The 29-year-old male driver of the truck suffered some serious leg, chest and head injuries.

He was conscious at the scene before being taken to Scone Hospital and then flown to the John Hunter Hospital by the Westpac Rescue Helicopter Service.

The train driver escaped with no injuries – the trainline will be closed for some time until the scene is cleared.