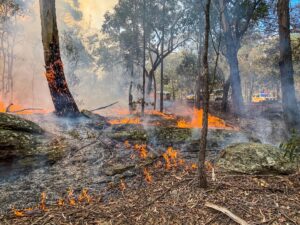 The Bush Fire Danger Period has officially started for some parts of the Hunter region today.

The NSW Rural Fire Service has 21 areas across the state now in the period including Muswellbrook, Singleton and Upper Hunter Local Government Areas.

NSW Commissioner Rob Rogers said there are now 21 LGA’s across the state in the official danger period.

“Over coming weeks and months, grass fires will be of particular concern, especially in these areas that have entered the bush fire danger period,” Commissioner Rogers said.

“Land holders and firefighters have reported increased grass growth from recent rain, particularly west of the ranges. The threat of grass fires will increase as this dries out.”

Remaining areas of NSW are expected to commence their Bush Fire Danger Period on 1 October.

“Anyone wishing to light a fire during the Bush Fire Danger Period must obtain a free permit in addition to notifying their local fire authority and neighbours 24 hours before lighting up,” Commissioner Rogers said.

“While hazard reductions are an important part of preparations, landholders need to be extremely careful, as escaped burns can lead to heavy penalties.”

“If a fire does escape, make sure you call Triple Zero (000) immediately so that emergency services can respond and minimise the damage.”

Commissioner Rogers said while firefighters were busy preparing, residents should do the same.

“Now is the time to update and discuss your bush fire survival plan. Have the conversation with your family about what you will do during a fire – talk about when you’ll leave, where you’ll go, what you’ll take and what you’ll do with animals.”

For information about the Bush Fire Danger Period, go to www.rfs.nsw.gov.au/BFDP

To notify of your intent to burn, use the online burn notification tool at www.rfs.nsw.gov.au/notify.