Half a dozen mines in NSW have been given a caution for allegedly burying old truck tyres on site, prompting a warning by the Environmental Protection Authority to mines across the HUNTER and the state.

The investigation found 6 open cut coal mines in the Namoi and Liverpool Planes regions had buried haul truck tyres without the necessary licence conditions on a number of occasions between 2014 and 2020.

EPA Director Regulatory Operations Stephen Budgen said while no environmental harm was found to have occurred, the Authority issued official cautions to all of the open cut coal mines that had been implicated.

“The EPA is ensuring appropriate environmental safeguards are in place before on-site disposal is allowed to continue at mines,” Mr Budgen said.

It’s also being used as a timely reminder to all mines to do the right thing, get proper approval and recycle old tyres where possible.

“The EPA is also actively engaged with the mining and tyre recycling industries to find long term strategies for the management and safe disposal of waste tyres,” Mr Budgen said. 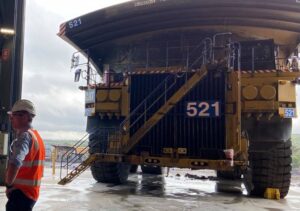