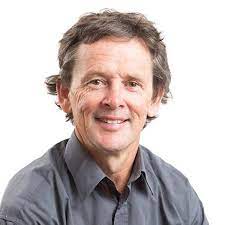 The Independents announced his departure earlier this week in the wake of a report detailing his misconduct including sexist, homophobic and misogynistic towards fellow Councillors.

Allan Robinson has told 2HD’s Richard and Shanna he had a discussion with John Church and Kath Elliott earlier this week and the best way forward was for him to step aside from the team.

“We decided it was best for me, because I don’t like having John Church brought in and made responsible for my actions and that’s what they Council say ‘Councillor Church, Councillor Church, what are you going to do?'”

“John Church has never told me what to say, and says to me you probably could’ve worded that a bit better Allan,” said Robbo.

“The hypocrisy in it all. It wasn’t long ago they called Kath Elliot a dead carcass hanging in the breeze. They called John Church a f*** wit and they never own up to it. Everything in that report Robbo owns, I don’t hide from nothing.”

“Whenever Kath Elliott or John Church try to get something to the public eye that concerns them they can’t get it out, it’s a whole closed shop in there and the people of Newcastle have got to wake up.The greatest injustice of it all in all the time I’ve been there is Newcastle ratepayers, do you realise you’re paying $60,000 a week rent now because we sold our building and then it cost us more to move there and we don’t all fit there,” he said.

Allan confirmed he will still be running in the local Council elections which will now be held in December, just as an Independent on his own.

“Jeremy Bath… all the CEO’s, whoever has been in charge while I’ve been there and ask who would ring them the most. I get a lot of people ring me because a lot of people know Robbo so they ring me or they run into me int he street and they ask me about stuff.”

“I will run as an Independent which I’ve always been. I was excited to run alongside John and Kath, I really believe John is the smartest man in the chamber, he’s a really good fellow and he’s not using it to elevate his status, he’s there for Newcastle and Newcastle only.”

Allan said he doesn’t believe he was being homophobic or sexist.

“It does read like that, but I don’t think I am. Am I? But Carol Duncan, I call her a big unit or a chunky woman or something but because no one knows what brought that on,” he said.

“Carol Duncan used to pass comment, ‘oh look at the little jockey racing to get tea’.”