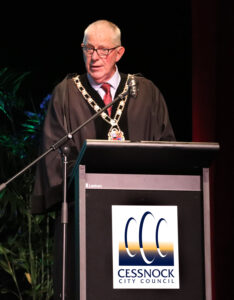 Mayor Bob Pynsent said Councillors have been listening to the community and share the concerns they have about potential spread of the virus.

“The possibility and risks of people entering our region from Greater Sydney is a cause of concern for our many of us. The risk to the regions is real and the people of Orange are feeling that fist hand. We’ve managed to avoid the Delta variant making its way into our community and we want to keep it that way.”

Council said they also want to see an increased Police presence in the Hunter region to deter people from breaking the Public Health Order and ensure those doing the wrong thing are caught.

In addition Council is urging the NSW Government to clarify testing requirements for those travelling from Greater Sydney for work into the regions.

Council is asking that the Public Health Order be updated to require people to receive a negative test result before leaving Greater Sydney.

For more information on the restriction visit the NSW Health website.