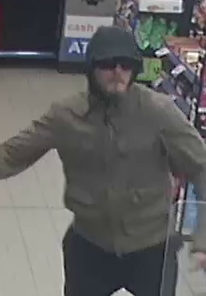 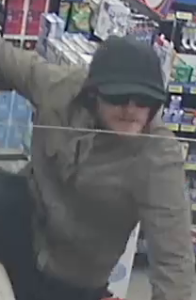 Police are appealing for information following an armed robbery at East Maitland earlier this year.

Shortly before 5:30am, Thursday May 27, a man entered a Newcastle Road service station and threatened the attendant with a tomahawk before fleeing on foot with a sum of stolen cash.

The alleged thief is yet to be caught, and police say he was last seen heading west on High Street.

Police have now released CCTV images of the man, who has been described as Caucasian, aged in his 20s, around 170cm tall of an average build with a patchy, light brown beard.

The man was wearing a black hooded jumped with a green jacket over the top, with black tracksuit pants, black shoes and a black baseball cap.

Anyone who recognises the man or has information for detectives should contact Maitland Police Station or Crime Stoppers on 1800 333 000.