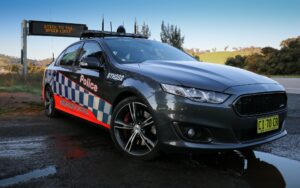 A drug driving blitz in Lake Macquarie has nabbed almost one in every five drivers for being under the influence.

In total police stopped 80 vehicles and arrested 10 people, 74 of those drivers were randomly breath tested and of note a 43-year-old man charged with mid-range drink driving at Wangi Oval in Arcadia Vale. Police will allege he returned a positive result roadside, before he was arrested and taken to Belmont Police Station where he recorded an alleged blood alcohol analysis reading of 0.089.

The other charges include:

Lake Macquarie Police District Duty Officer, Chief Inspector Craig Reid, said it’s concerning to see the number of drivers getting behind the wheel under the influence.

“Seven drivers out of 37 recorded a positive roadside result – that is a worrying number of motorists who proceed to put not only their own lives at risk, but the lives and safety of those on the road around them.”

“Those secondary results will be forensically tested and if they return a positive result, then those drivers will be charged and put before the courts.”

“Lake Macquarie Police will be continuing to target drivers who think they can get away with drink or drug driving – you will see us in numbers on the main arterial roads, the back routes,” Chief Inspector Craig Reid said.