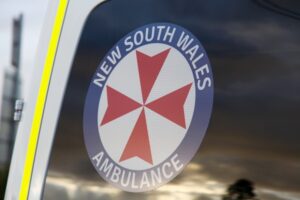 A man is fighting for life after a serious crash near Kurri Kurri yesterday afternoon.

Emergency services were called to Leggetts Drive, about 1km south of Pelaw Main at aout3:!5pm following reports two cars had collided head on.

The male driver of a Toyota Corolla was trapped by confinement for some time, he was extricated and airlifted to the John Hunter Hospital in a critical condition.

The female driver of the Ford Territory was able to free herself from the vehicle – NSW Ambulance paramedics assessed her at the scene.

Hunter Valley Police District officers established a crime scene, which will be examined by the Crash Investigation Unit.

An investigation into the circumstances surrounding the crash is underway.

Leggetts Drive was closed in both directions for some time yesterday afternoon.

As inquiries continue, anyone with information about the crash is urged to come forward by contacting local police or Crime Stoppers on 1800 333 000