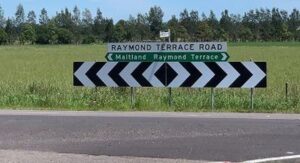 The NSW Government’s COVID spend has seen projects completed in the Hunter region.

A total of seven projects in the Hunter have now been completed among the 150 road and rail projects to be delivered under the stimulus funding.

“The Accelerated Capital Maintenance program was designed to fast-track projects and proved to be a lifeline for our community – delivering safer roads and stronger freight and rail connections, as well as creating local jobs when they were needed most,” Taylor Martin said.

“The package allowed Transport for NSW to bring forward and deliver projects in addition to its planned program of work.”

“As well as underpinning regional jobs, we have also been able to engage local suppliers across NSW, providing a much-needed boost for businesses in the bush.”

The biggest spend in the Hunter was $825,000 for the rehabilitation of Vermont Road at Mulbring.

Other projects funded and completed include:

Minister for Regional Transport and Roads Paul Toole said the 150 projects provided a critical boost to regional economies feeling the effects of COVID-19.

“Right across the State, this program alone has delivered 400 kilometres of rumble strips, which reduce the risk of head-on and run-off-road crashes by up to 25 percent, upgraded 200 kilometres of rail line, and improved carparks and customer amenities at more than 15 regional railway stations,” Paul Toole said.

“Bringing these projects forward through stimulus funding has given our regional communities a real shot-in-the-arm, especially those who have suffered a triple whammy of drought, bushfires and COVID-19.”