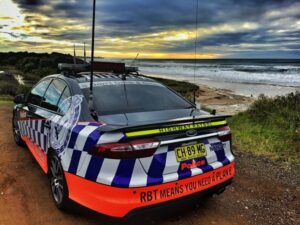 Tragedy on the Hunter’s roads this morning, after a young man lost his life during a single vehicle crash near Raymond Terrace.

Just before 5:30am, emergency services were called to Italia Road near the Pacific Highway, Balickera which is about 13km north of Raymond Terrace, after a car left the road and crashed into a tree.

They treated the male driver on the scene briefly, but he died a short time later.

The man’s yet to be formally identified, but it’s believed he was only 26-years-old.

A crime scene has now been established and police are investigating the circumstances surrounding the incident.