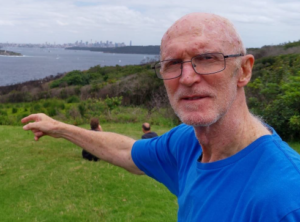 Police are searching for missing Queensland man, Frank Hoyle and he could be in the Newcastle area.

The 70-year-old was supposed to be travelling south to Frenches Forest in Sydney’s Northern Beaches, but his family contacted police when they didn’t hear from him yesterday.

He was last spotted at West Wallsend at about 4pm, Thursday May 24.

Police hold serious concerns for his welfare because of a medical condition.

Frank is described as being of Caucasian appearance, about 170cm tall, with a thin build, bald, blue eyes and speaks with an English accent.

The vehicle he was driving is a blue Kia Rio hatchback with Queensland registration plates 331-BF7.

Anyone with information about his whereabouts should call Crime Stoppers on 1800 333 000.