Police stopped a vehicle on Maitland Road at about 5:30pm Friday, and allegedly found close to 4 kilos of methylamphetamine and large amounts of cocaine inside.

The drugs were seized and the 58-year-old driver was arrested on the spot.

He’s been charged with two counts of drug supply and he’s also been refused bail. 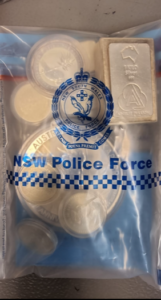