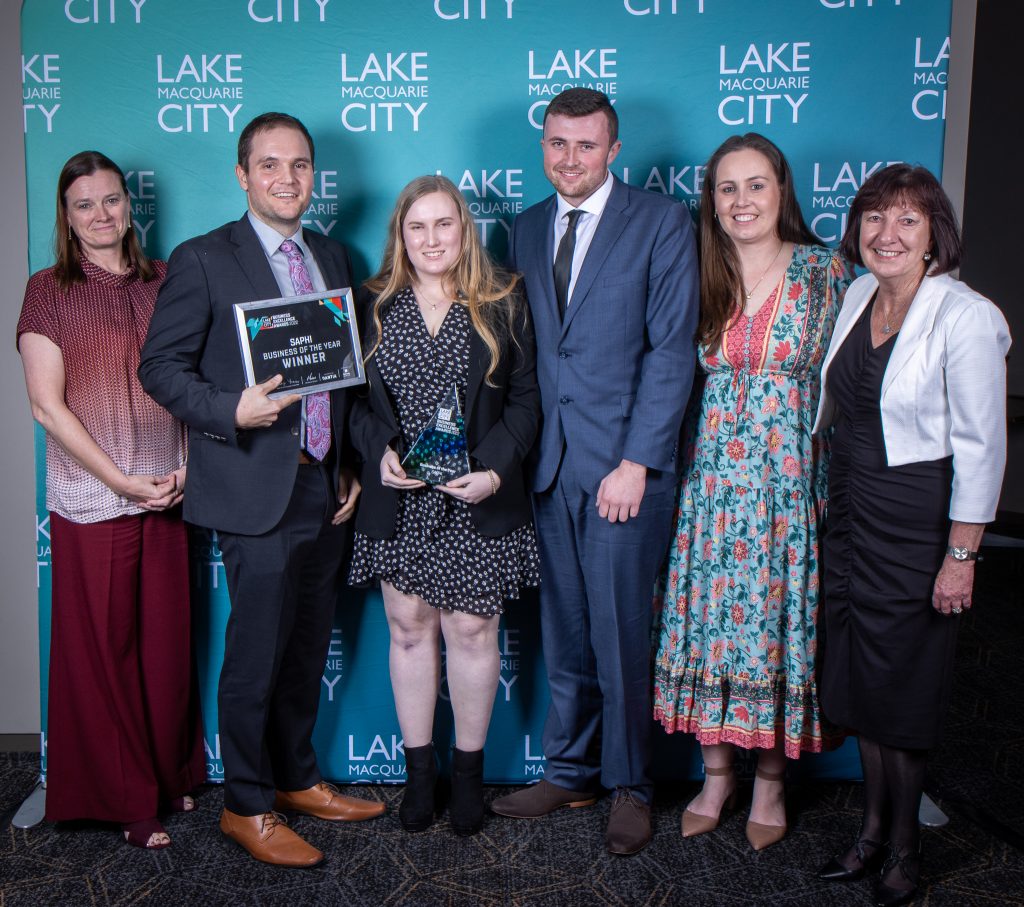 It was the night of nights for businesses in Lake Macquarie on Friday with Council hosting its Excellence Awards.

The gala event is held annually, with winners heading to the Hunter Business Awards to compete against other organisations around the region.

Almost 100 companies and individual workers were vying for 13 awards at Belmont 16s on Friday evening.

Since starting up five years ago the company has grown to an international scale and has been a key hand in the smart green infrastructure project at Sydney Olympic Park.

Lake Macquarie Mayor Kay Fraser said SAPHI, which also took out the Excellence in Sustainability category, stood out for its innovation, commitment to circular economy practices and its rapid growth.

“I think we were all particularly impressed with how they’ve been able to grow their business during COVID, working hard to attract very significant clients and build community support,” Cr Fraser said.

SAPHI Software Engineer Abigail Hall said it was an honour to be recognised.

“It’s a real testimony to all the hard work the team has put in,” she said.

“We do countless hours, countless days with different clients to bring innovation into the Lake Macquarie area, and this is wonderful recognition of that.”

It was a triple win for the company, with founding partner and Director Cameron Owen also taking out the Outstanding Young Business Leader category.

Jordan Farrelly from A Growing Understanding took out the award for Outstanding Employee, while Michelle Kent of Kent Conveyancing was recognised as Outstanding Business Leader in the 36 years and over category.

The award for Excellence in Tourism and Hospitality went to Mischief Kitchen.

Swansea Community Cottage Inc. was lauded for being the Outstanding Community Organisation, meantime, Jaegersoft took out the same award in the Start-Up category.

The Blue Tribe Company won for Excellence in Innovation, and the judging panel couldn’t go overlook Dance4wellbeing’s efforts towards Excellence in Diversity and Inclusion.

Businesses in all shapes and sizes were recognised for their excellence with Adventures in Speech Pathology winning the Micro Business category, Salon Ten in the Small Business field, and A Growing Understanding in the Large Business class.

Winners from 11 of the evening’s award categories will now vie for victory at the upcoming Hunter Business Awards.