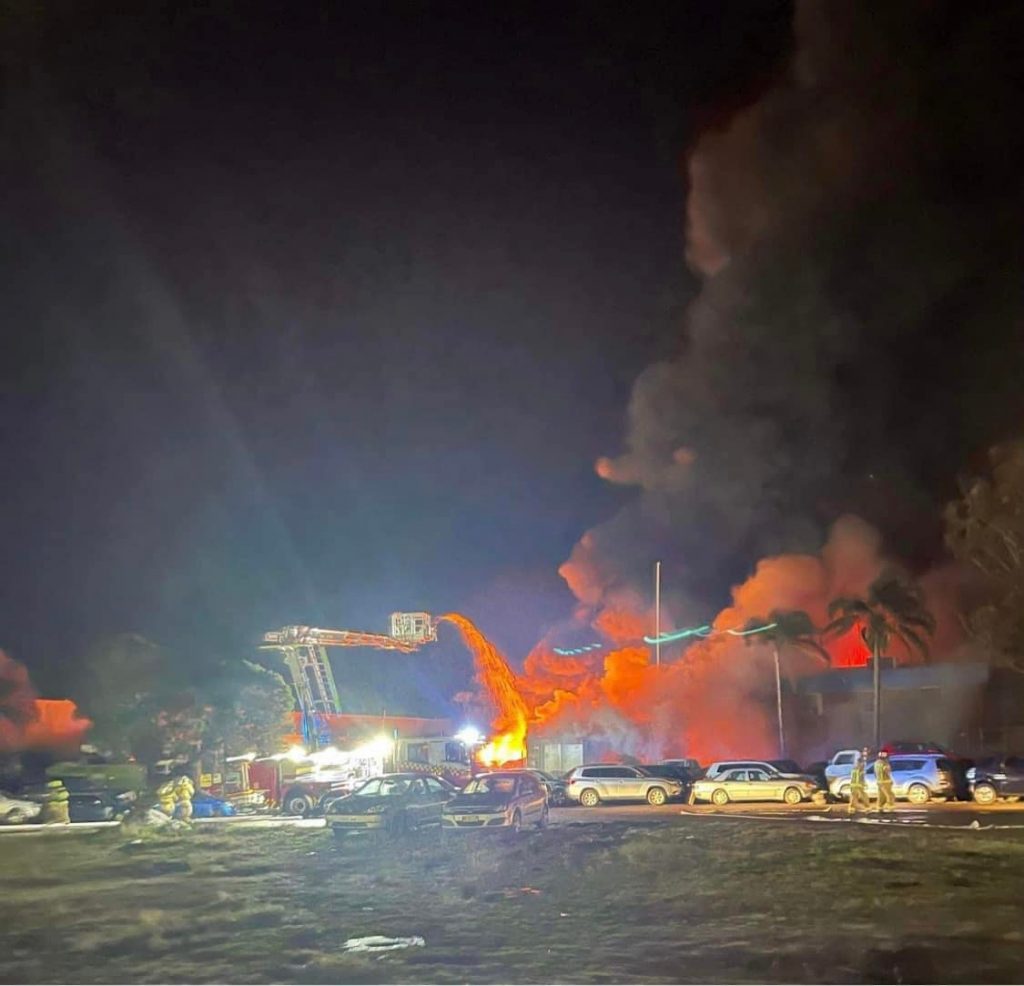 24 fire trucks and two aerial appliances were called to the scene of a massive blaze at Kooragang Island on Saturday morning.

When Fire and Rescue crews arrived to the car wrecking yard on Sandpiper Drive, they were confronted with a fire which had consumed multiple vehicle, a two storey warehouse and a mechanical workshop, containing car parts and fuel.

Crews worked on the fifth alarm blaze as it spread quickly to more surrounding buildings, but our Emergency Services once again proved too good for it, eventually bringing it under control.

They remained on scene long after it was extinguished, dousing several flare ups and handed the scene over to police once the job was done.