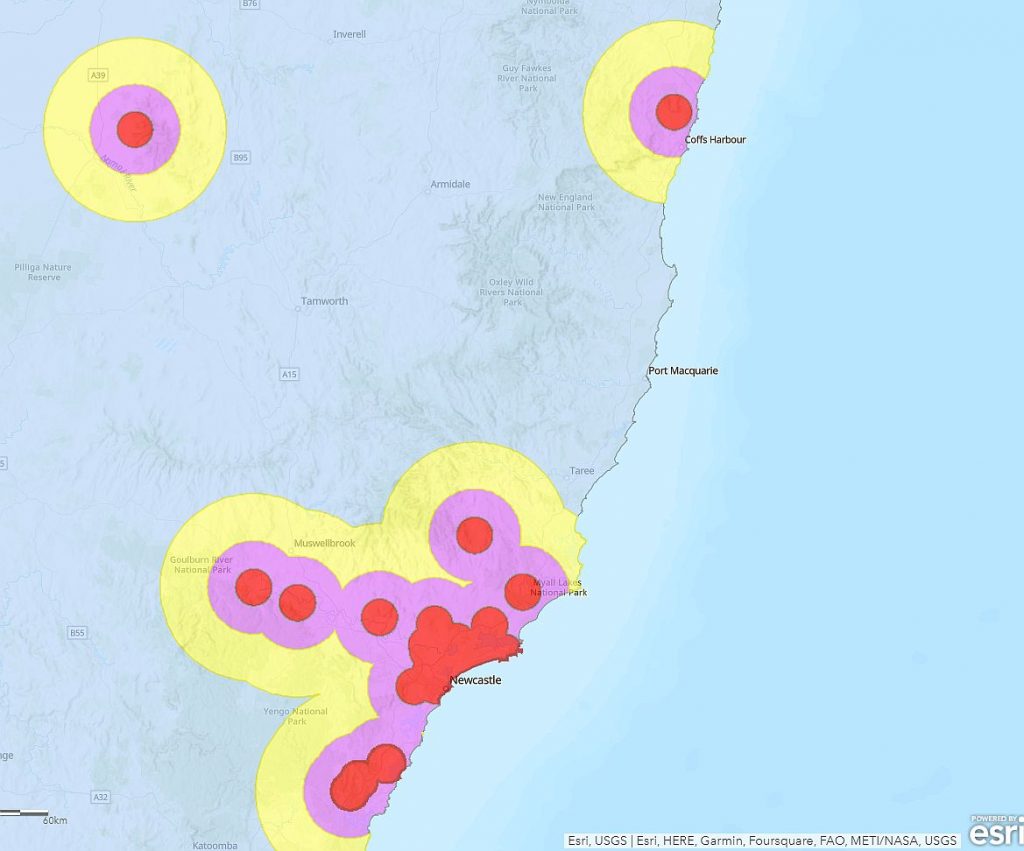 Varroa mites found on the north coast have been linked to the Hunter’s outbreak.

The NSW Department of Primary Industries (NSW DPI) said they have confirmed a new detection near Nana Glen north-west of Coffs Harbour bringing the total number of infected premises in NSW to 43.

Minister for Agriculture Dugald Saunders said DPI staff have put another biosecurity zone in place as they continue their strong surveillance.

“Our tracing efforts have led us to this IP after hives were moved earlier this year, prior to the introduction of the state-wide pause on movement,” Dugald Saunders said.

“The good news is we can still draw a direct line between every single case so far, which means we have a good handle on the situation.”

“Our field officers are working hard to conduct hive inspections with beekeepers right across the State and have connected this incursion to an existing case in the Hunter cluster.”

Biosecurity officers will humanely euthanise all hives on the infected premises and trace the movements of hives and equipment on and off the property over the past 12-months.

Contact tracing and surveillance with beekeepers will also be conducted in the area to minimise further risk.

Approximately 5000 honeybee hives are needed for the pollination of blueberries, raspberries, blackberries, avocados and macadamias in Coffs Harbour from now until the end of September, and DPI will continue working closely with industry on the best solutions.

The response plan for the eradication of Varroa mite follows a strategy agreed to by the NSW Government, the Commonwealth and the apiary industry.

The new emergency order means a 10km eradication, 25km surveillance and 50km biosecurity zone has been set up around the latest IP.

For more information go to: www.dpi.nsw.gov.au/varroa