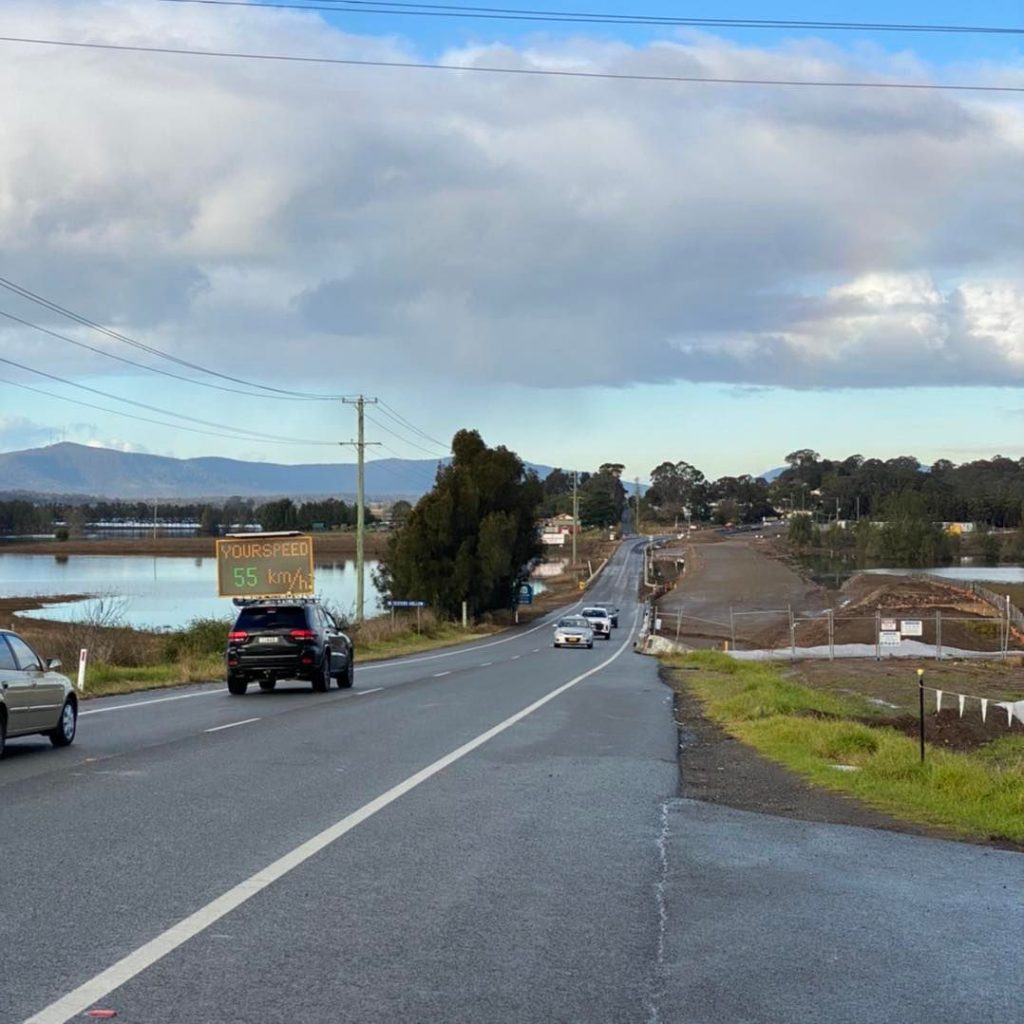 Construction work on an upgraded road to withstand a one in 20 year flood has all but washed away and now locals are calling for the upgrade to be revisited.

Cessnock Road at Testers Hollow is being upgraded by around 1-and-a-half metres taller than the current road in a bid to withstand a 1 in 2 year flood event to an up to 1 in 20 year flood event.

For nine days residents at Gillieston Heights were trapped on what fondly became known as Gillieston Island after floodwaters cut Cessnock Road near the Maitland Station roundabout and at Testers Hollow.

Maitland Mayor Philip Penfold has teamed up with Cessnock Mayor Jay Suvaal calling on the NSW and Federal Government to look at the design again.

Mayor Philip Penfold said residents are rightly concerned the road will still not be high enough.

“The residents of Gillieston Heights, in particular, are concerned after the flooding event where they saw the construction work for Testers Hollow go under itself so there’s concern it may not be high enough,” he said.

“Maitland City Council has unanimously agreed to make representations to the State and Federal Government to revisit it and its a good opportunity to reconsider that it be built to the right height to make sure there is flood-free access for the people of Maitland and Cessnock and I look forward to working with the Mayor of Cessnock to make those representations.”

“I think the view of the community is if you’re going to build it let’s build it right,” said Mayor Penfold.

“It shouldn’t be one that lessens the impact of a flood but certainly withstands and maintains the continued access to the outside world for the people of Gillieston Heights in flood.”

“The people expect a proper fit for purpose bridge. What is proposed is a road that’s not quite high enough so I think it’s time the government revisit the project.”

Minister for Regional Transport and Roads Sam Farraway said with nearly 340 millimetres of rainfall recorded at the project site since early July, but they are assessing the site.

“We are delivering an upgrade that will help to reduce the frequency and duration of flood events such as this along Cessnock Road.”

“The upgrade is a complex job which involves building a new two-lane road with two-metre wide shoulders, as well as installing new drainage to allow flood water to pass freely under the new road,” said Sam Farraway.