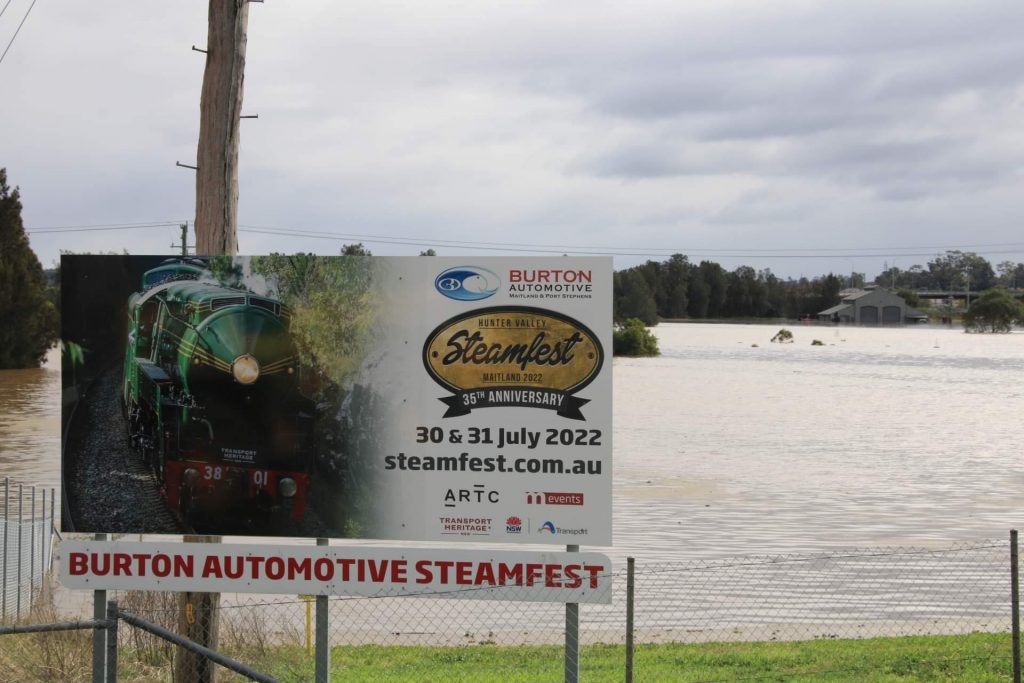 In a devastating blow to locals and businesses, the Hunter Valley Steamfest has had to be cancelled for the fourth time.

The event which has been plagued by the pandemic and flooding was due to be held at the Rally Ground at Maitland Park at the end of the month, but the ground is currently under water.

The latest flood event across the Hunter has seen parts of Maitland receive its average monthly rainfall in a single day, and more than double the monthly average over a four day span.

During the March floods, Steamfest was postponed again due to water in the Rally Ground.

Maitland Mayor Philip Penfold says disappointing decision has been made as recovery efforts are set to take many months to complete.

“It’s heartbreaking for the hard-working committee and all the steam enthusiasts and sadly it’s the fourth cancellation in a row.

“We’re confident we will be able to proceed in April. I think there is confidence there that the issues we have had in these six months have been very uncommon for the past couple of years.

“We will be up and running and ready to go come April next year and I am sure the steam enthusiasts will be looking forward to coming back to Maitland,” Mr Penfold said.

The event will return in 2023 on April 22 and 23. Ticket holders will be contacted in the coming weeks for a refund or transfer.