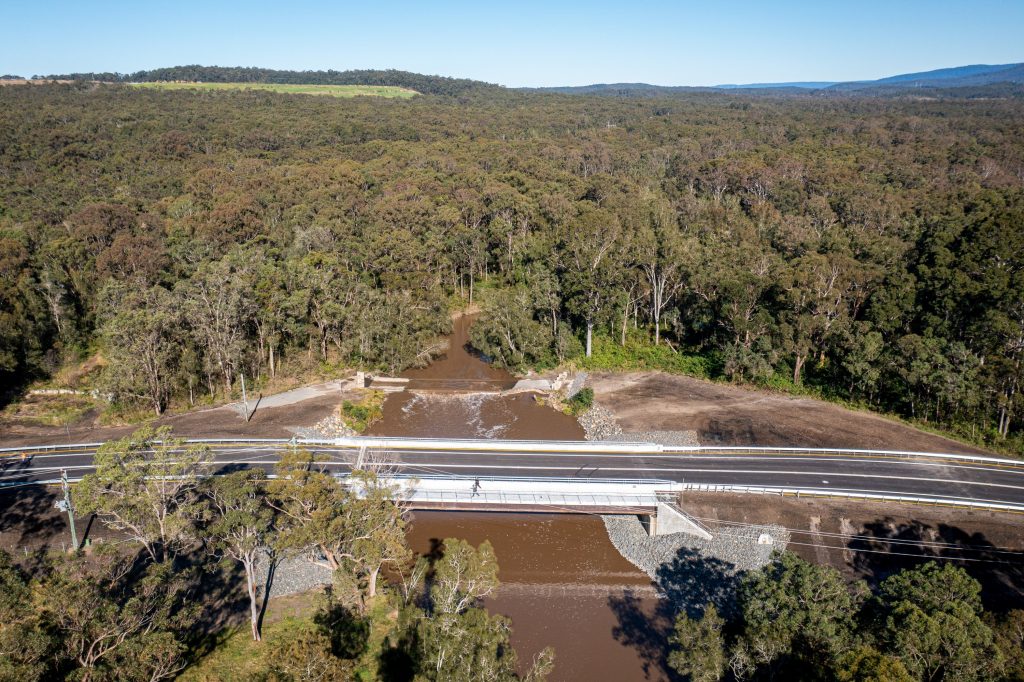 The new Weir Bridge at Barnsley is now open and after the Hunter’s second major flood event of the year, it’s safe to say it comes as a relief.

Lake Macquarie Mayor Kay Fraser said she was pleased to see the bridge open to traffic.

“The old weir crossing was prone to flooding, which regularly disrupted the journey of motorists travelling between Barnsley and Teralba,” Cr Fraser said.

After the March 2021 storms left it too unsafe for public use, the time and cost of repairs was deemed a bridge too far and it was permanently closed.

In its place the new $8.6 million dual-lane structure was built, and officially opened by Cr Fraser and Hunter MP Dan Repacholi on Friday.

“This new bridge will provide a safe and convenient crossing for our community whatever the weather,” Cr Fraser said.

The project also included realignment of The Weir Road to improve road safety, and construction of a 3m-wide shared pathway on the northern side of the bridge, which will support extension of the pathway along the roadway in the future.

Mr Repacholi said the project, which was jointly funded through the Australian Government’s Bridges Renewal Fund and Local Roads and Community Infrastructure Program, will improve reliability of the transport network through the area.

“Nothing is more important than ensuring people get home safe and sound at the end of each road trip, whether it’s just a quick run to the local shops or an interstate freight haul.”

The Australian Government contributed $4.7 million towards the project, $2.7 million from the Local Roads and Community Infrastructure Program and $2 million from the Bridges Renewal Program, with Council funding the remaining $3.9 million.