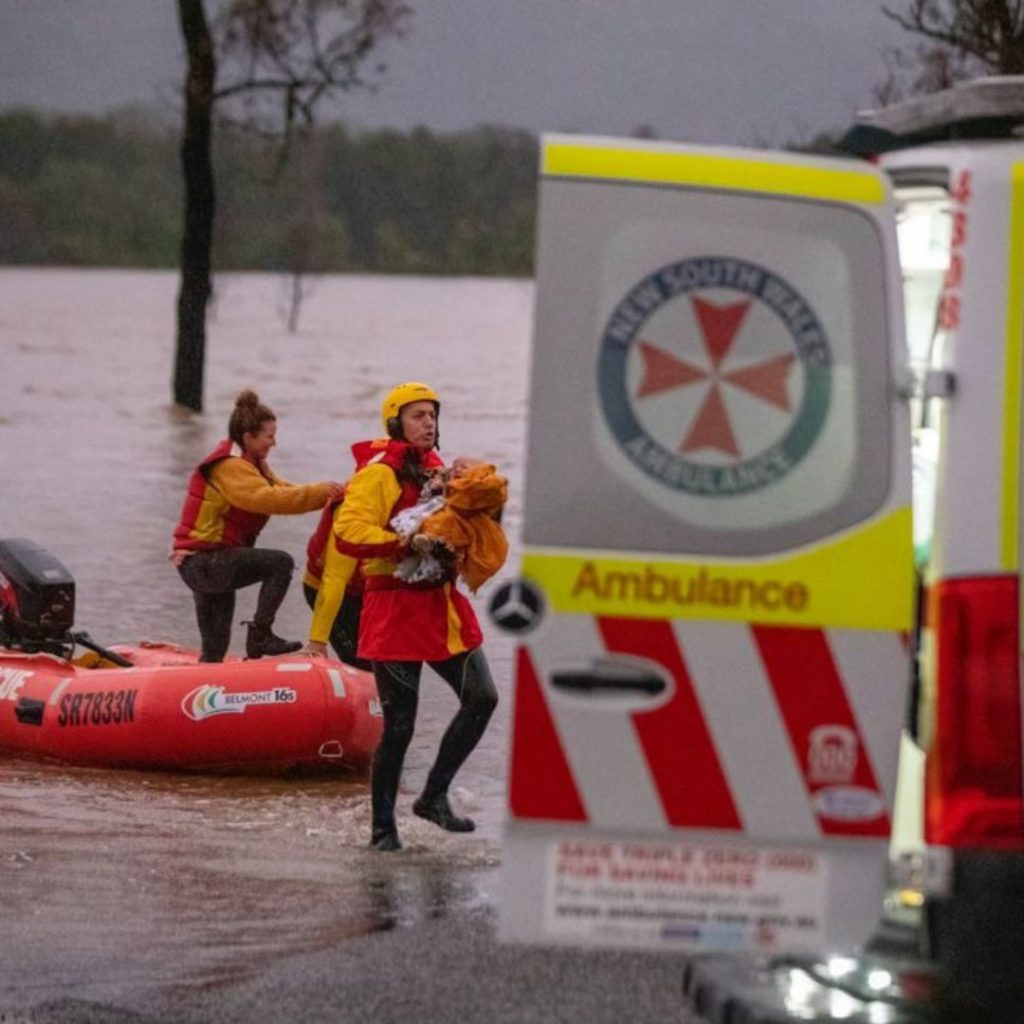 A baby, who stopped breathing, has been rescued from the flooded town of Bulga.

His mother called for help around 5:30 after the pair became inundated, prompting a response from SES, police, RFS, Ambulance and local surf life savers Lee Archer and Shane Dowsett.

The pair from Swansea-Belmont waded across the Wollombi Brook to rescue the woman and her baby, whose lips had turned blue.

When they found the young family, they assisted in ferrying the boy back to awaiting paramedics who were able to revive him and transport him to hospital in a stable condition.

He remains in Singleton Hospital in a stable condition.