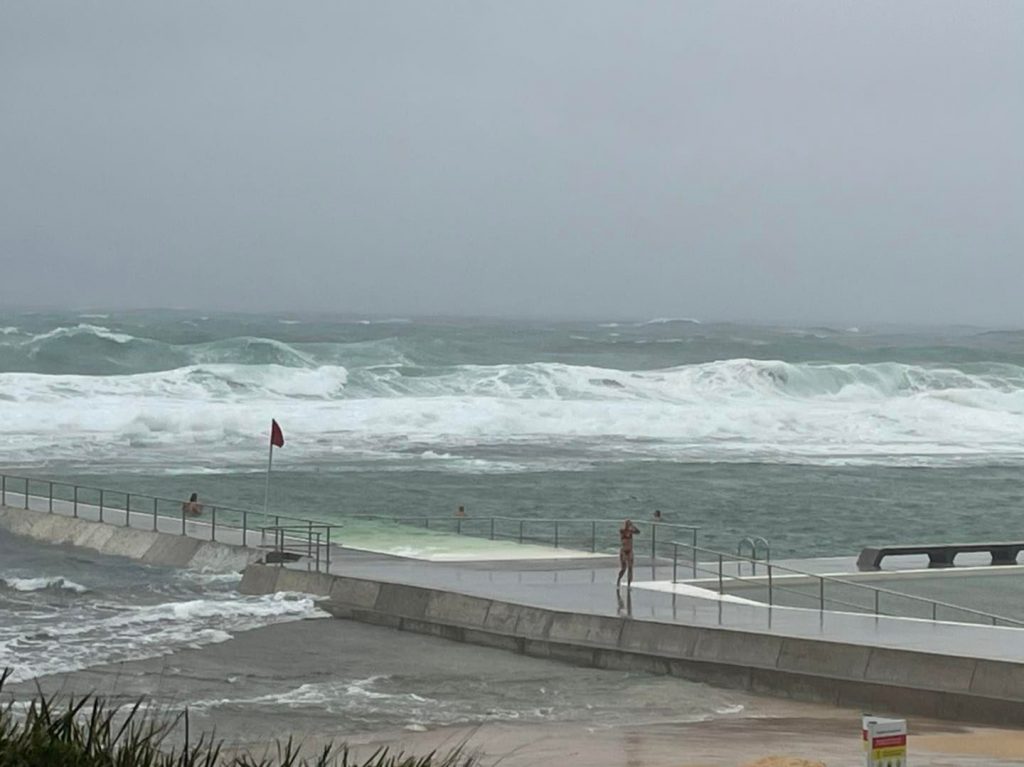 The east coast low has weakened into a trough over the Hunter region, but rivers are expected to rise during this morning.

Winds have gradually eased overnight and are no longer expected to be damaging, but Hunter beaches are expected to be pounded by damaging surf today and into tomorrow.

A Severe Weather Warning remains in place for the region.

The State Emergency Service (SES)  said moderate flooding is possible at Bugla this evening and minor flooding at Maitland from late this morning.

The SES predicts the Wollombi Brook at Bulga will exceed the minor flood level this morning and reach the moderate level of 3.7 metres tonight with further rises possible.

Minor flooding is possible along the Lower Hunter River at Maitland. The height at Belmore Bridge may reach the minor flood level of 5.9 metres at around 9am this morning with further rises possible.

Minor flooding is possible at the Paterson River at Gostwyck with the river potentially peaking at 9.1 metres this morning.

Low lying rural properties and roads may be affected at Gostwyck and at Paterson.

Commuter problems continue with buses replacing trains on the Hunter line between Newcastle interchange and Scone and Dungog due to water over the train tracks at Sandgate.

There are a number of road closures this morning as well including the Golden Highway still being cut in both directions at the New England Highway intersection at Whittingham, Wine Country Drive between Tuckers Lane and McDonalds Road at North Rothbury is also still closed in both directions.

There are a number of localised road closures as well:

Newline Road, Raymond Terrace at the roundabout. Traffic is diverted up Beaton Avenue.

Shipley Drive, Rutherford between the roundabout and Harvey Norman

Drive cautiously. Water over the road at:

Dalveen Road, Bolwarra
ROADS – CESSNOCK
Cessnock City Council would like to advise of the following road closures due to flooding and water over roads:

Richmond Vale Road from Whitebridge Road through to Bluegum Road

Hermitage Road, from Mistletoe Lane through to the highway at Branxton.
X
X