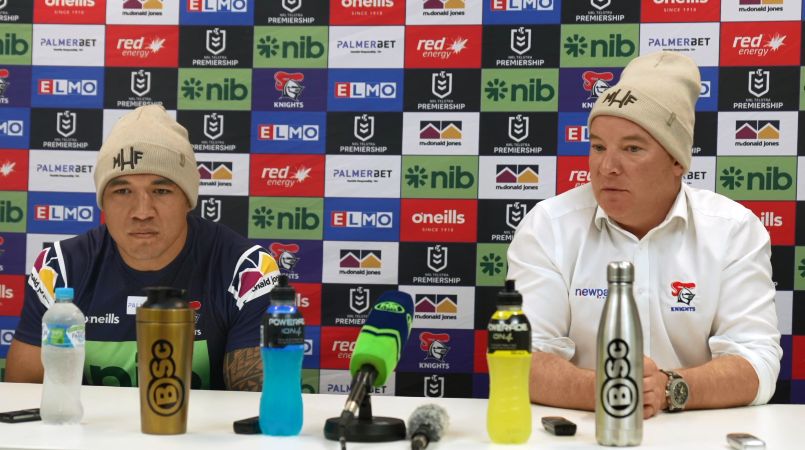 Knights winger Edrick Lee has taken Newcastle to a victory over the Titans.

Newcastle won against the Gold Coast 38-12 after five consecutive losses at home at McDonald Jones Stadium.

The win was largely thanks to the Dolphins-bound winger who scored five tries in the game, breaking the record for most tries in a game for Newcastle.

“There’s a lot of individuals to be proud of with Edrick and the five tries and the club record but then there’s a team, a whole lot of other effort that goes into the tries as well,”

“There’s some stuff that’s coming out in our game now that we’ve been applying in training and that’s good,”

“I don’t think it alleviates any pressure, it means what we’re doing matters so we’re okay with the pressure.”

“There are a lot of things in those games that we lost that we were proud of and we’re starting to see more of that in our game. I will stress this was only one game,” he said.

There were around 8500 fans who sat in the sprinkling rain last night at McDonald Jones Stadium hoping for a win at last.

“I really hope thy’re happy tonight. I did think of them in the last couple of minutes when the game was put to bed, I was looking across the stadium and thinking about them and hoping they’re proud of their team and go home a bit happier,” said Coach Adam O’Brien.

The win was made even more special for the team being the Beanie for Brain Cancer round to support the Mark Hughes Foundation.