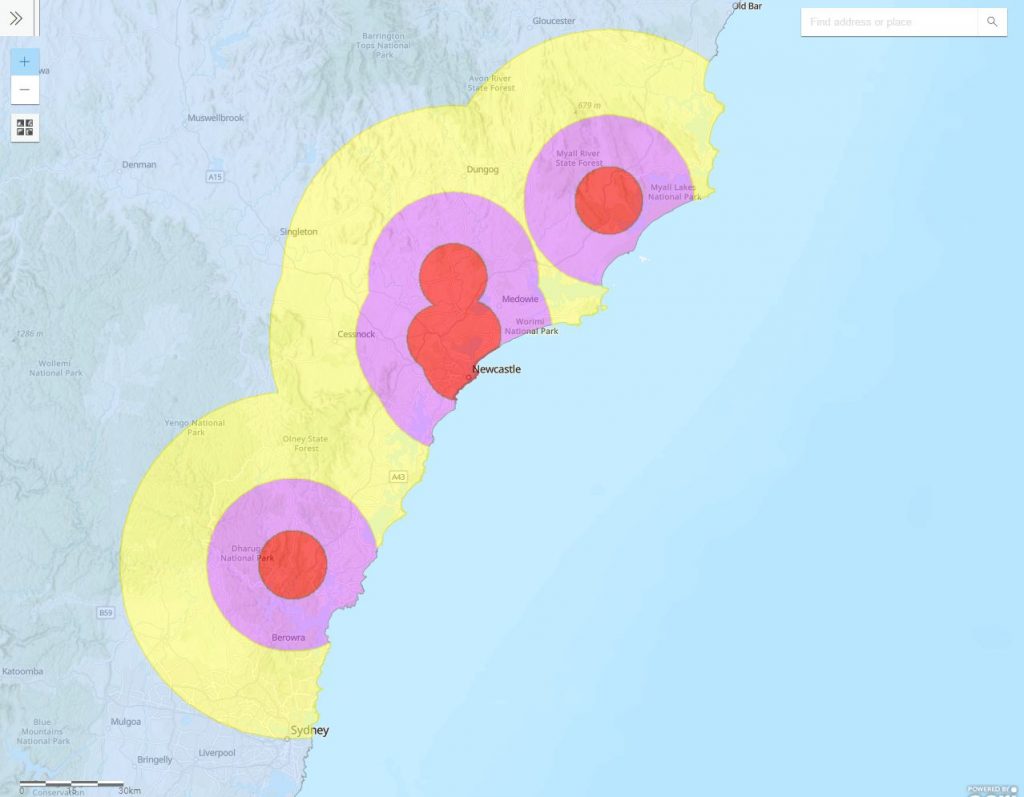 The Department of Primary Industries (DPI) has announced an expansion of the bee eradication zone stemming from Newcastle’s varroa mite outbreak.

A new infestation has been found at Calga on the Central Coast, making six 10-kilometre eradication zones around Newcastle, Hunter Wetlands, Tomago, Seaham and Bulahdelah.

There are now emergency zones around nine infested premises including the new zone at a Calga property.

“Since Varroa mite was first identified at the Port of Newcastle last week, NSW DPI has been working with apiary industry bodies and stakeholders to ensure beekeepers are informed and empowered to be part of this critical response.”

“So far many of the infested premises have been located very close together so the emergency zones covered largely the same areas but recent detections at Bulahdelah and Calga have expanded the area covered.”

No bees or beekeeping equipment can be moved anywhere in NSW, and no honey or honeycomb removed from hives. Hives must not be touched unless conducting surveillance for Varroa mite or at the direction of an NSW DPI officer.

Beekeepers within 50 km of infested premises must also notify NSW DPI of the location of all bees by calling the Exotic Plant Pest Hotline, 1800 084 881, visiting www.dpi.nsw.gov.au/varroa or emailing hive.location@emergency.dpi.nsw.gov.au.