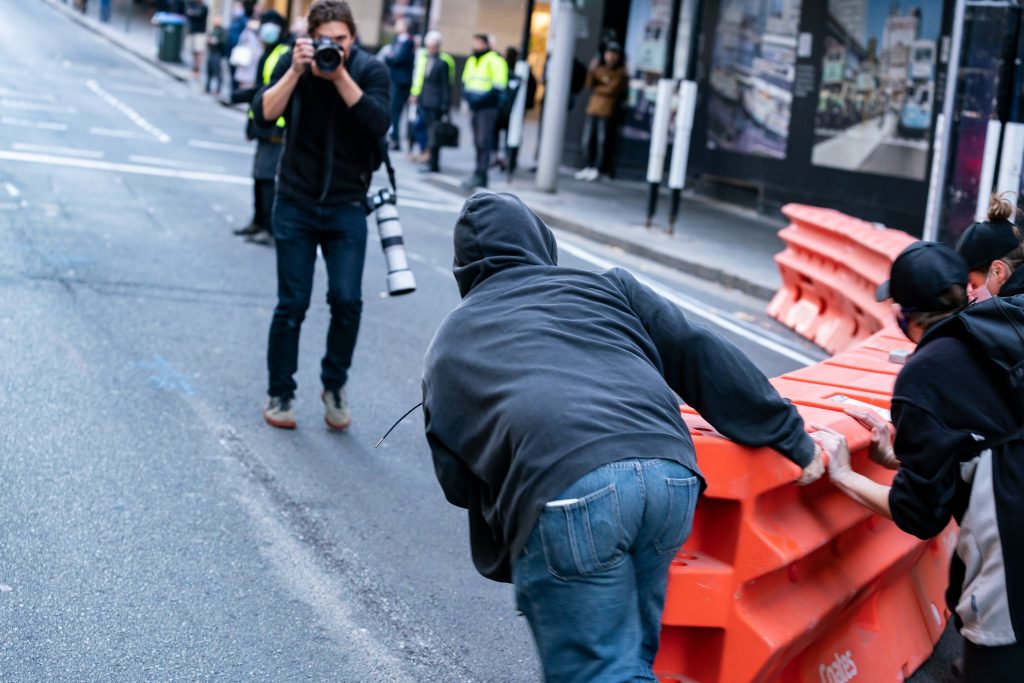 A Hunter man was among ten people arrested during climate protests in Sydney yesterday.

At about 8:15am yesterday emergency services were called to the entrance of the Sydney Harbour tunnel at North Sydney responding to reports a woman had stopped her car blocking all of the lanes of traffic.

She had chained herself to the steering wheel of the car she was in, but she didn’t last long with police arresting her not long after.

Around the same time, approximately 50-60 people who police allege were part of an unauthorised protest -walked on the streets of the Sydney CBD, interfering with the free flow of vehicles and pedestrians.

Ten protesters were arrested by police and were taken to Surry Hills and Day Street Police Stations, where charges are expected.

One of those was a 25-year-old man from Brandy Hill at Port Stephens.

He was charged with entering designated roadways and disrupting vehicles and pedestrians. The man was refused bail to appear in Central Local Court today.

With the new rules that came into force about unauthorised protest activity last week, the man could face a fine of up to $22,000 and two years in prison.