An amateur beekeeper at Williamtown will have to kill all 150 of his beehives and all of his bees.

The entire beekeeping industry has ground to a halt after the varroa mite was detected at the Port of Newcastle last week and at a commercial business in Newcastle.

The varroa mite has the potential to wipe out the entire population of bees crippling their ability to fly, gather food and pollinate. The NSW Department of Primary Industries (DPI) flew into action, issuing an emergency order which includes a 50-kilometre biosecurity zone. Any beehives within a 10-kilometre radius of the Port must be euthanised.

Beekeepers can’t move or touch their bees, only if they’re doing a sugar shake, ethanol washes and brood uncapping to check for the presence of varroa mite.

David Vial has been in the beekeeping industry for more than 20 years and is also the Vice-President of the Hunter Valley Amateur Beekeepers Association.

He will lose around a quarter of a million dollars and fears the pest will put an end to his time in the industry.

“I’m losing all my hives, I’ve got more than 150 here at Williamtown and they’re all going to be euthanised,” he said.

“Financially I’m in tatters. We just brought in a 40 ft high cube of beekeeping equipment for the upcoming season so I’ve got a shed full of stock and we won’t be selling that, we won’t be selling queens or nucleus hives. We’re devastated, we’ve got no income.” 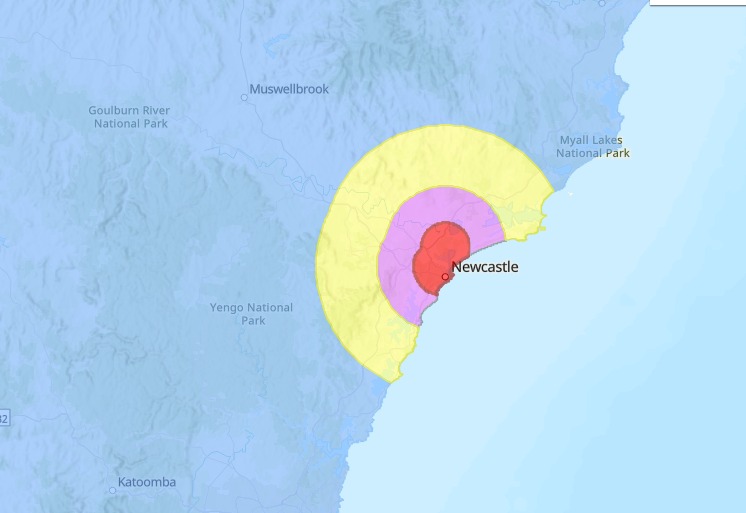 David’s tests on his bees show there is no varroa mite present, but his hives will still be destroyed because he’s within the 10-kilometre zone of the initial find at the Port.

“I’m a Queen breeder as well so we’ve worked pretty hard to get our genetics up and running, we have bees that a lot of people are chasing and now that hard work is down the drain.”

He said years because DPI may not be able to eradicate every single infected bee; there are wild hives in bushland and other places that no one would know about.

“If we don’t get it under control Australia is going to be in so much trouble,”

“What happens the varroa mite latches on to the body of the bee and burrows into it and lays its eggs and when those eggs pupae the larvae eat the bee and kills the bee. The bee numbers in that hive would drop dramatically if that happens,’ he said.

“If it gets out of this containment zone, the pollination of fruit and vegetables in this country will be reduced dramatically.”

“There’s a few other pests and diseases out there but we’re pretty well on top of those but this one is the biggy that everyone has been dreading. With that, the DPI has a lot of protocol in place, they’ve been planning for this for years so as soon as it was here they were straight onto it, they’re doing a marvellous job.”