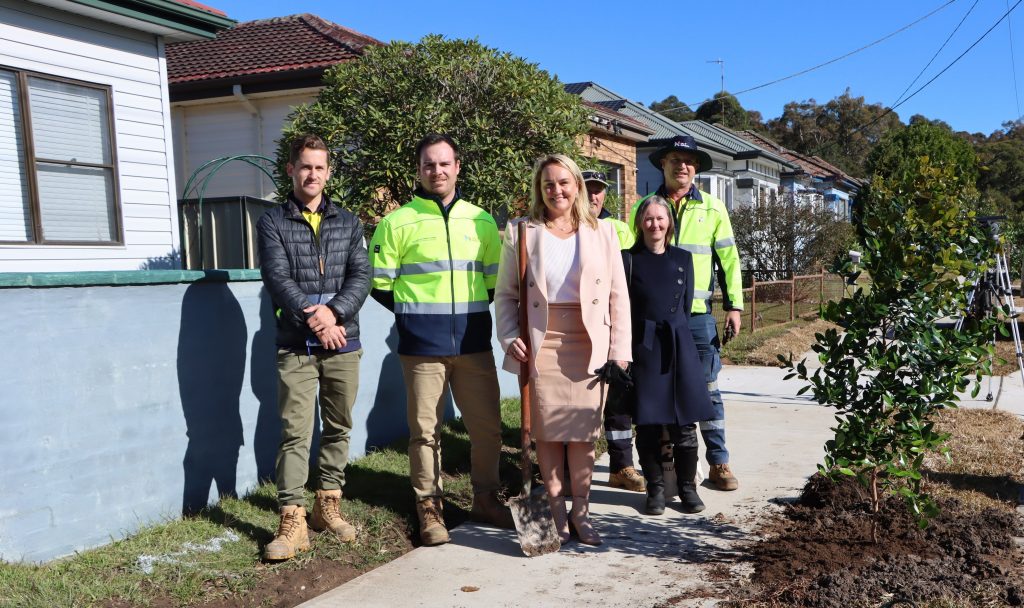 There’s been another step forward in the $3.7 million Blackbutt Village project.

“The addition of over 30 street trees along Freyberg Street also creates a more appealing environment with increased shade and colour, with more trees being introduced along Dunkley Avenue in the coming weeks,” said Lord Mayor Nuatali Nelmes.

“Our staff are preparing to commence upgrades to stormwater infrastructure and road surfaces in the western car park area in the next few weeks, as well as seeking community feedback on timed parking options across the broader local centre area.”

“We look forward to hearing community views on the range of timed parking options which were developed in consultation with local businesses during a workshop held with them earlier this year.”

Construction is scheduled for overall completion in early 2024. The upgrade has been supported with a $591,677 grant from the NSW Government under Round Seven of the Resources for Regions program.

The project is being delivered as part of City of Newcastle’s Local Centres program and follows similar upgrades at Carrington, Beresfield, Joslin Street in Kotara, Llewellyn Street in Merewether, James Street Plaza in Hamilton, and the upgrades currently under construction in Stockton and Shortland.