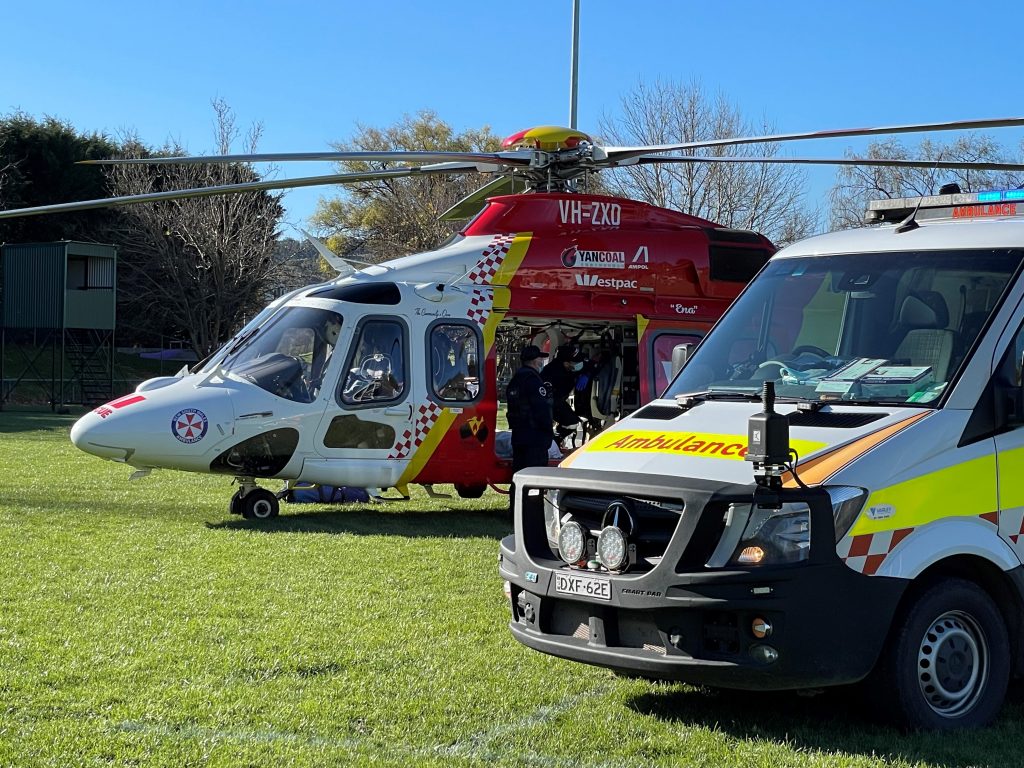 Two people have died and two others airlifted to the John Hunter Hospital in Newcastle after a car collided with a truck near Walcha.

The Hunter’s Westpac Rescue Helicopter was tasked to the scene on the Oxley Highway by NSW Ambulance after the two vehicles – a Suzuki hatchback and a Rigid Truck – collided at speed.

The driver of the hatchback, a 22-year-old woman and a 16-year-old rear passenger both died at the scene.

A 23-year-old male passenger who was in the front was airlifted to the John Hunter Hospital with pelvic and chest injuries in a critical condition.

An 8-month-old girl, who was in the rear of the car, who was suffering from bruising, has also been transported to the John Hunter. She will be assessed by a specialist paediatric trauma care team.

The truck driver was not injured and has been taken to Walcha Hospital for mandatory testing.

NSW Ambulance Inspector James Thompson says it was an extremely confronting scene for all first responders.

“Paramedics worked with the specialist medical teams to stabilise both patients and get them to major trauma care.