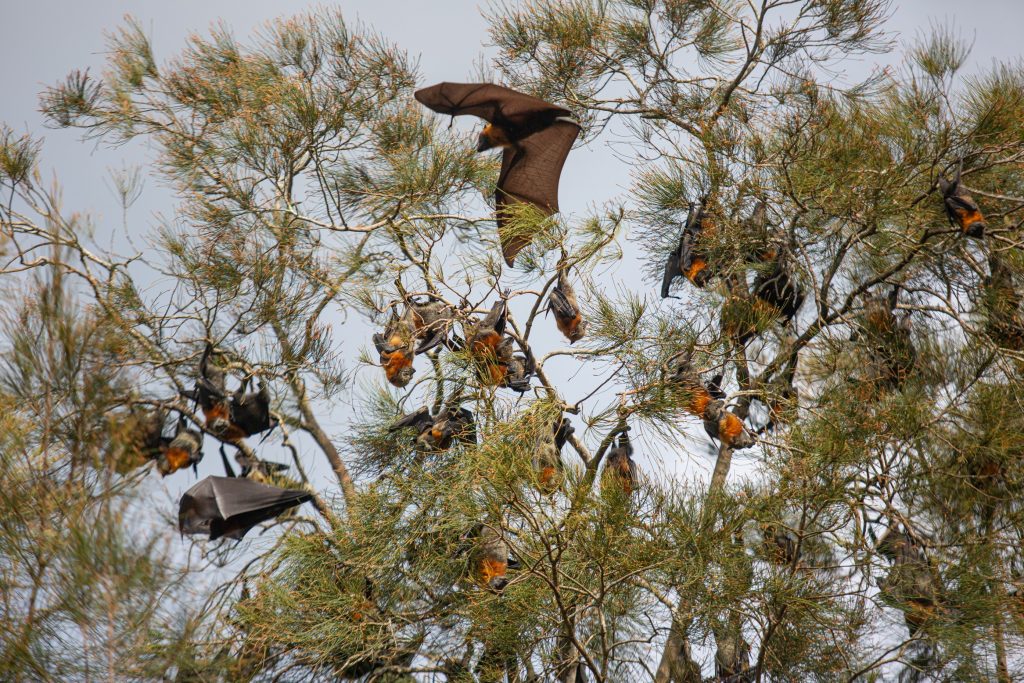 That is likely to be the case as a revegetation project at Blackalls Park starts to lure flying foxes back to their natural habitat and away from nearby properties.

Thousands of the noisy mammals have moved closer to homes around Lake Macquarie in recent years, prompting complaints from locals about the noise and smell.

But an overgrown former citrus orchard off Fennell Crescent has been at the center of a Council initiative to re-home the flying fox population since 2019.

Senior Natural Assets Officer Dominic Edmonds said the lack of established trees in the centre of the 7ha site meant the flying foxes tended to roost closer to homes along the perimeter.

“We figured that if we cleared out the weeds and planted suitable habitat and feeding trees in the middle of the site, we might eventually encourage the flying foxes to shift further away from the edge,” he said.

Warm, wet weather has accelerated the growth of the 20,400 plants and trees Council officers planted in two years ago after clearing the site of weeds.

The effort is starting to pay off, with flying foxes seen starting to move back to the heart of the old orchard recent weeks, with residents no doubt hoping the rest will soon follow suit.

Listed as a protected species in NSW, they face threats on multiple fronts, including loss of habitat, heat stress from extreme weather and accidental death due to entanglement in garden netting, power lines and fences.

Council’s Environmental Systems Manager Karen Partington said that with World Environment Day just around the corner, it was important to recognise and celebrate Lake Mac’s flora and fauna, and the ecosystems that supported them.

“We’re so fortunate to have such a diversity of wildlife on our doorstep here in Lake Macquarie,” she said.

“We need to preserve it wherever we can.”