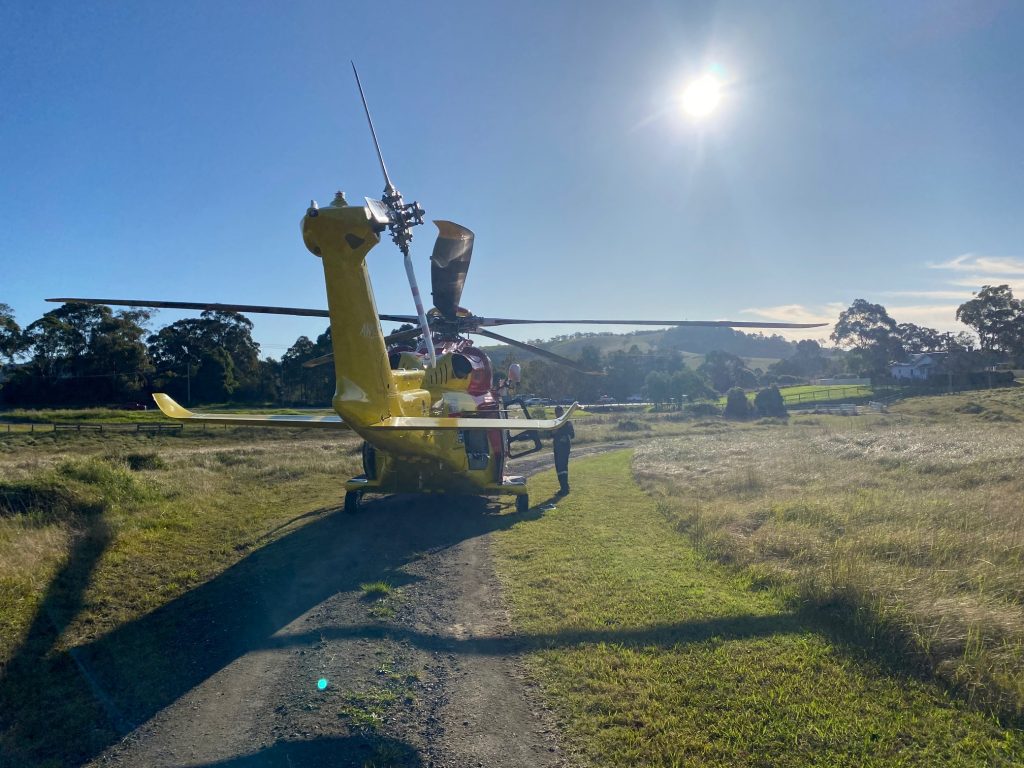 A man was put in an induced coma after a horrific crash near Cessnock yesterday afternoon.

NSW Ambulance Paramedics called the Westpac Rescue Helicopter in to help at about 2:30pm after a motorcycle accident at Mount Vincent.

A 25-year-old male sustained serious head, pelvic and limb injuries in the accident.

He was treated on scene by paramedics and the Helicopter Critical Care Medical Team who placed the man in a medically induced coma due to his injuries.

The man was airlifted to John Hunter Hospital and was last reported to be in a serious condition.