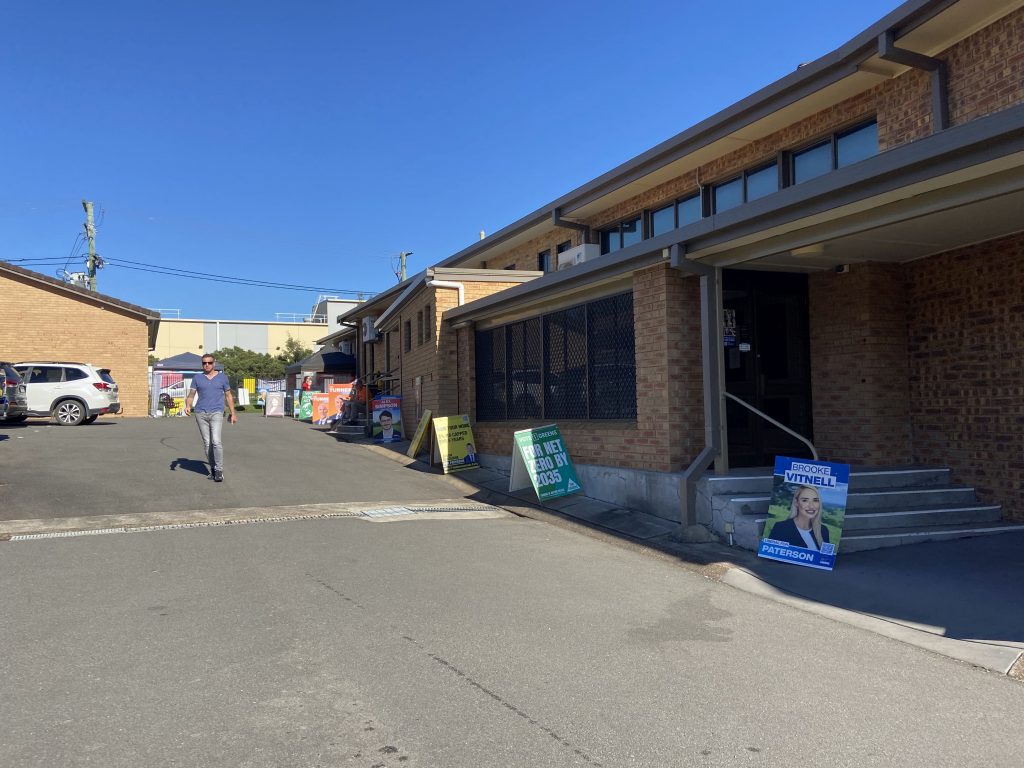 Tensions are boiling over at pre-poll in the seat of Paterson ahead of the election on Saturday.

There’s numerous accusations of bullying between the two major parties. Liberal candidate Brooke Vitnell said she has reported an incident to police involving herself and a Labor volunteer at Raymond Terrace on the weekend.

She claims the Labor volunteer removed two of her signs when she was going back to her car, and when she came back and complained the volunteer allegedly slammed a wooden stake into the ground which scraped her finger and called her a number of names.

When approached for comment by NewFM, a Labor Spokesman said “we expect all sides to conduct themselves in a respectful manner”.

One of the other candidates vying for the seat of Paterson has agreed there is a bullying problem.

“There has been a little bit of argy-bargy with one of the major parties which has caused a fair bit of conflict,”

“This is the unpleasant part of politics,”

“Clearly its there, it’s an experienced thing they do to the inexperienced… you’d call it bullying in any other part of the world,” said Jason Olbourne.