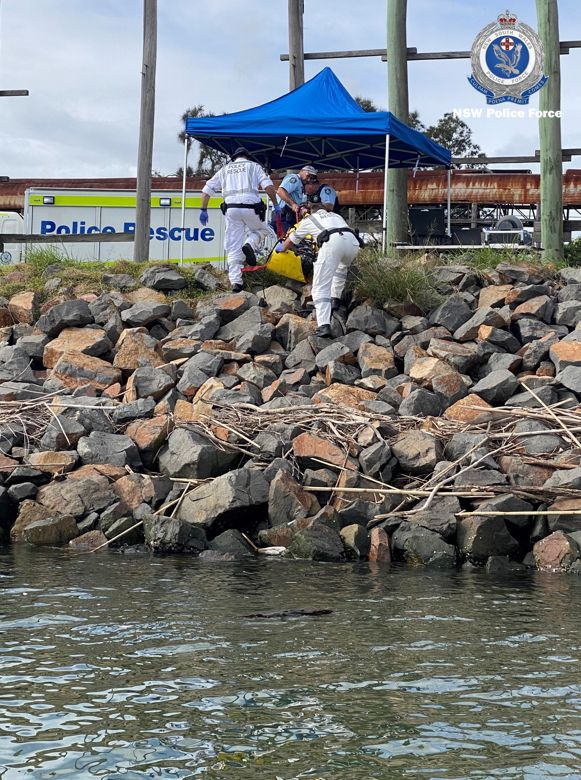 Police have swooped on a man as he attempted to board a plane out of Australia in relation to the death of a foreign national and the discovery of more than 50kg of cocaine at Newcastle.

Organised Crime Squad detectives established Strike Force Groove after the body of a diver and 54kg of cocaine was found at the Port of Newcastle on Monday morning.

The Australian Federal Police (AFP), Australian Border Force (ABF), Northern Territory Police (NTPOL) and Queensland Police (QPOL) worked together to arrest a 62-year-old man as he attempted to board a plane to Singapore about 5.30pm yesterday.

Organised Crime Squad detectives are travelling to Queensland to seek the man’s extradition to NSW when he appears at Cairns Magistrates Court later today.

Inquiries under Strike Force Groove are ongoing and offshore inquiries led by the AFP continue in relation to this matter.

A second crime scene was set up yesterday after an empty drug bale was found in the water in Newcastle.

Police have confirmed they set up the crime scene yesterday upstream from the stash on Monday morning.

The bale that was found broken open and empty is believed to have contained some of the cocaine.