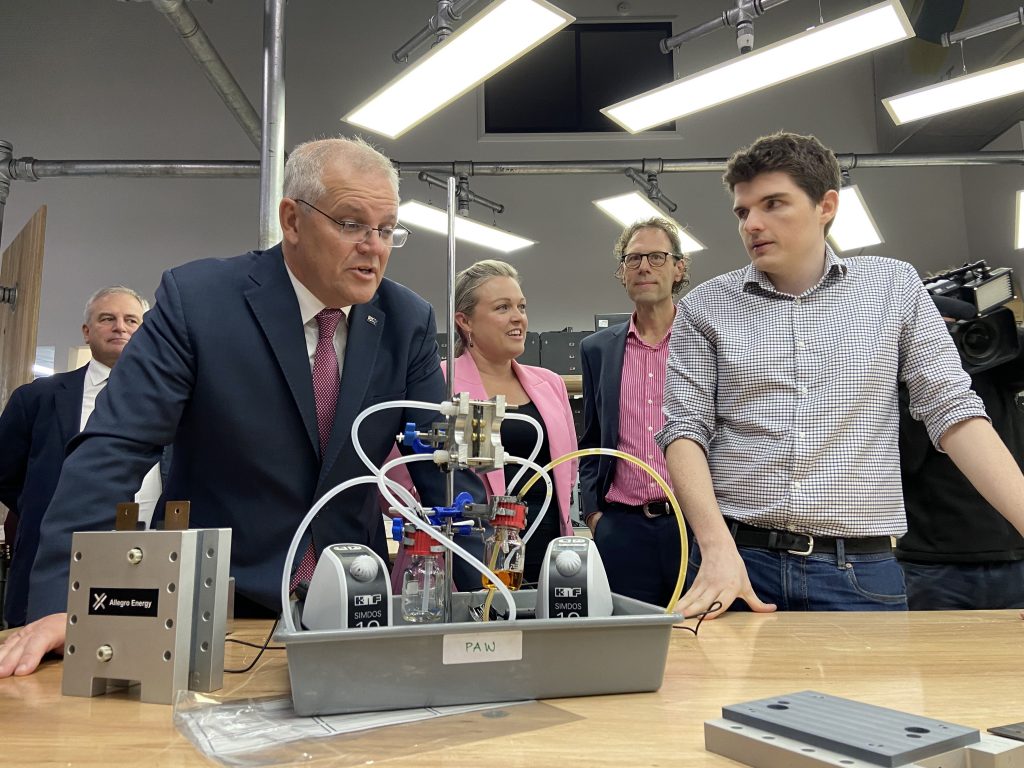 The Prime Minister was joined by Liberal candidate for Shortland Nell McGill and representatives from the University of Newcastle including Vice Chancellor Alex Zelinsky at The Melt, an industrial prototyping lab at Warners Bay, to make the announcement.

Scott Morrison said the UNSW – UoN partnership is the third Trailblazer to receive funding through the Trailblazer program which is designed to focus Australia’s considerable research power on Australia’s National Manufacturing Priorities.

“The recycling and clean energy trailblazer has already attracted $220 million, in addition to the $50 million we put in, of co-investment with universities and with industry,” he said.

“Now the University of New South Wales estimates it will support some 1600 jobs over the next four years but I believe the income it will generate, the opportunities it will demonstrate for Australia, the reputation that Australia will continue to gain from the advances in technology made not just in universities but being done in partnership with research entrepreneurs like what we’ve met here [The Melt], that’s what drives an economy forward.”

“It will enable them to really take advantage of the economic opportunities that Australia has in the years ahead and one of the biggest benefices of that is regional Australia like right here in the Hunter,” said the Prime Minister.

UON Vice Chancellor Alex Zelinsky said they are delighted they’ve been chosen for the funding for key future industries for the Hunter region.

“The government has put up $50 million over five years to sponsor a program that translates research in the labs through to companies and then to the marketplace that actually makes a difference. It’s a very targeted program around certain technologies, so you’ve got the six priorities and they’re putting a Trailblazer into each of those because the government has realised you need universities innovation of new ideas to create the new products of the future,” she said.

“I believe we’re now starting to build a real hub of innovation for energy here be it renewable energy, low emissions technology, carbon capture, anything associated with energy Newcastle and the Hunter is the place to come,” he said.

The Vice Chancellor added that they are the beneficiaries of the funding because “it wasn’t just good research, it was being able to work with industry” and attract great interest.

Liberal candidate for Shortland Nell McGill said the announcement was yet another positive for the Hunter.

“When it comes to investment in jobs and clean energy innovation, the Morrison Government is heavily favouring the Hunter region by investing here.”

“That’s because we have the tech brilliance, both in our private sector and within the Newcastle University, that I believe, will see our region produce new and improved sources of clean energy, and other innovations,” she said.