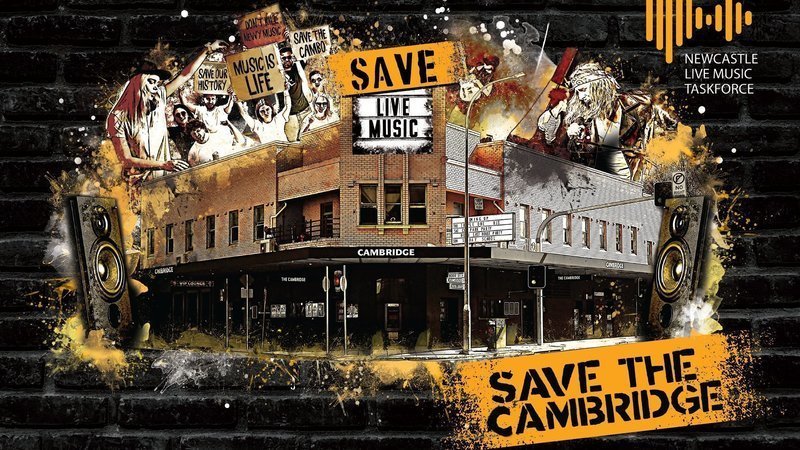 A bid to save one of Newcastle’s best live music venues from re-development has been launched.

The Cambridge Hotel is slated to close next year and be turned into student apartments.

An online petition is now calling for the proposed development to be re-located or for the venue to be included in the design.

The petition is backed by Newcastle’s music scene as well as the Live Music Taskforce, and yesterday drew support from all three levels of government.

But the developer, Linkcity has previously shot down the idea of incorporating the licensed venue into its plans, citing safety of future tenants.

Newcastle MP and chair of the Live Music Taskforce, Tim Crakanthorp supports the Cambridge’s inclusion in the design and said he has told Linkcity where he stands.

“I’ve certainly communicated that I’m not supportive of what they’re proposing to do at the site.”

“You would think that 500 odd units of students would go hand in glove with a music venue but that doesn’t appear to be what they want,” Mr Crakanthorp said.

The Cambridge has attracted local, national and international acts and caters for a crowd size not met by other venues in the city.

“It’s the only only venue in Newcastle that has earned the reputation of really supporting and nurturing and showcasing live music, it is such an important place for emerging artists,” Mr Crakanthorp said.

Backers of the petition say if the development goes ahead, Newcastle risks losing its place within the Australian music industry.

Newcastle musician and one half of Raave Tapes duo, Joab Eastly said it will cost the city performances by local artists and touring acts.

“If the Cambridge goes, so many artists won’t be coming to town,” Mr Eastly said.