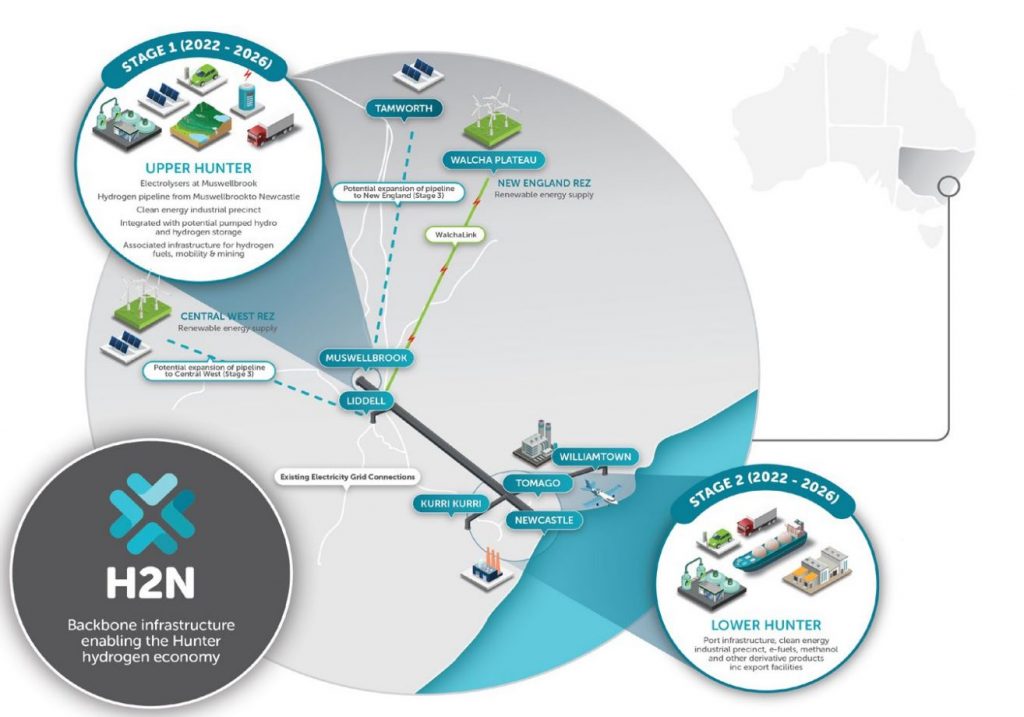 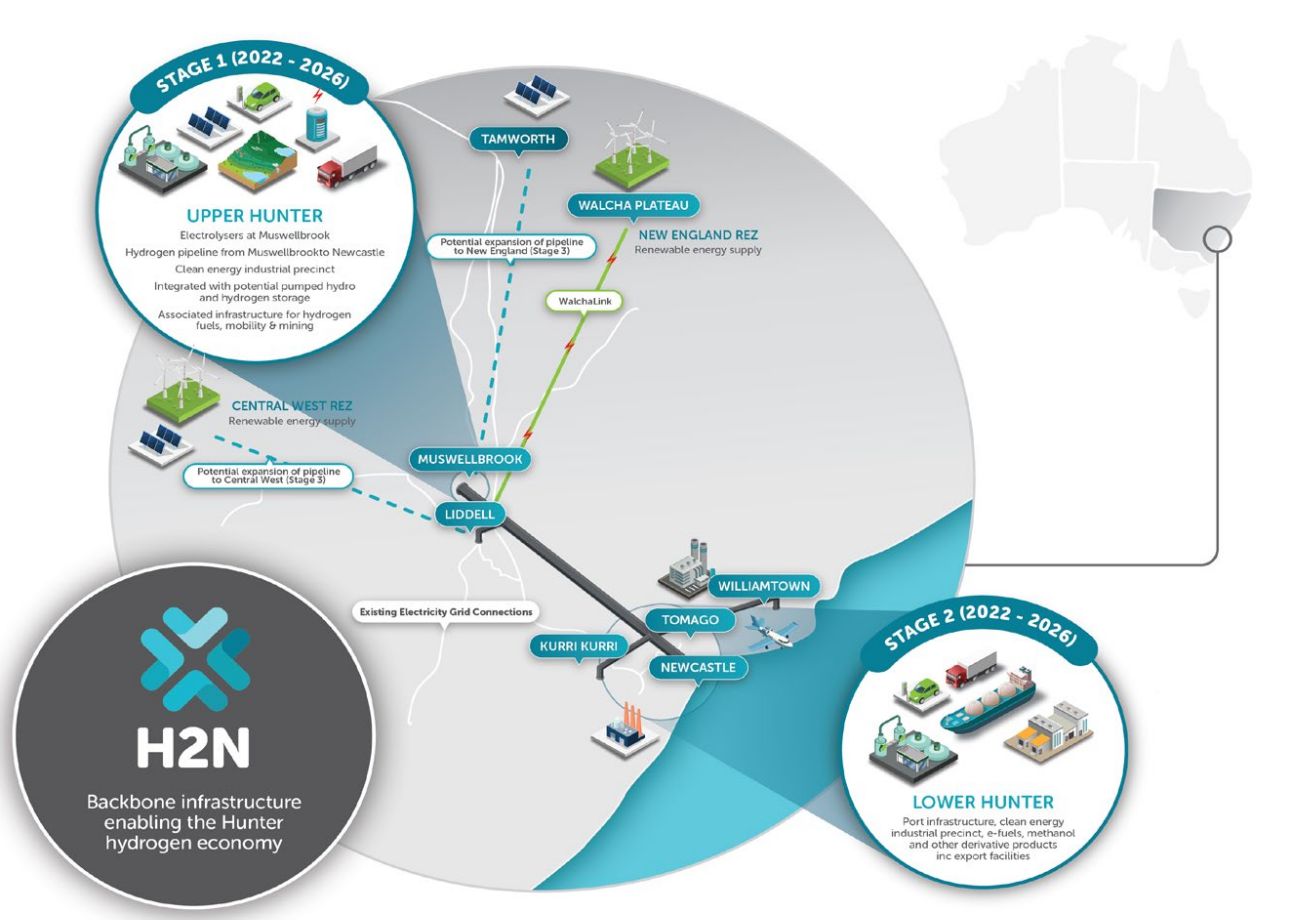 Japan’s Eurus Energy and Energy Estate have signed an agreement to take an investment stake in the Hunter Hydrogen Network.

The $2 billion project is a large-scale hydrogen production, transportation and export project which will enable the development of the hydrogen economy in the Hunter Valley.

Eurus and Energy Estate will form the ‘H2N Development Joint Venture’ in collaboration with various local and global energy players to develop the project’s backbone infrastructure and core projects in a bid to deliver competitively priced hydrogen and derivative products.

Energy Estate said it will be Australia’s first “hydrogen valley” and will involve large-scale electrolysers in the Upper Hunter and a 120km dedicated hydrogen pipeline through the Hunter Valley. It will be supported by large-scale renewable energy generation from the Renewable Energy Zones in NSW and will enable downstream production facilities for various derivative productions (eg. Ammonia, e-fuels, methanol, liquid hydrogen etc), located in the lower Hunter Valley.

The companies say this hydrogen project will complement Energy Estate’s Hunter Coast Offshore Wind Project which is being co-developed with Bluefloat Energy.

Vincent Dwyer, Principal and co-founder of Energy Estate said the Hunter is key to the future of hydrogen.

“The majority of Australia’s trading partners and numerous of Australia’s leading corporates now have a net zero commitment, and there is an accelerated global pivot to remake low-emissions economies,” he said.

“As evidenced by recent Federal Government announcements, the region is destined to play a key role in the domestic and global hydrogen economy, decarbonising industrial feedstock and key supply chains. We are delighted to be able to bring in key global partners of the calibre of Eurus Energy Group to work with us to make this project a success.”