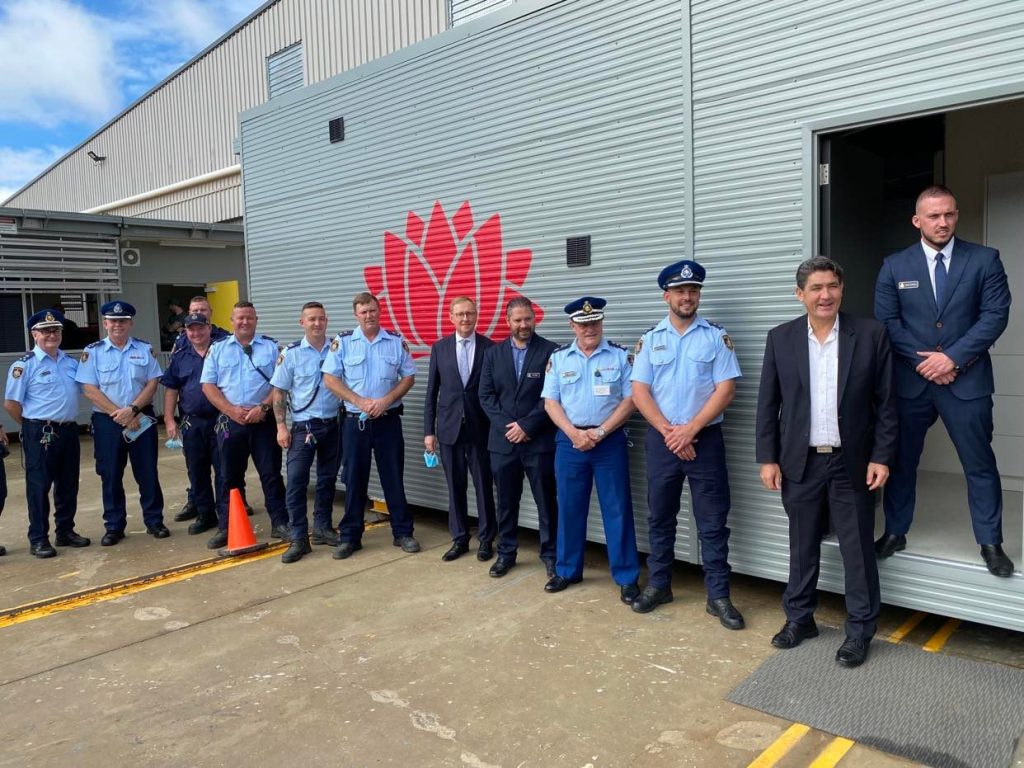 Inmates at Cessnock Correctional Centre are putting their skills to good use, constructing temporary homes for victims of the Northern Rivers floods.

The Department of Education have gifted Corrective Services Industries with former classroom demountables, which are then being refurbished by inmates into a single module unit, fitted out with air conditioning, a bed, bathroom, kitchen and washing machine.

Corrections Minister Geoff Lee visited the centre on Thursday to check out the program and says it provides support for flood victims while also providing real world trades training for the inmates.

“They’re here for a reason but whilst they are here, they’re actually giving back to the community and doing some good work.

“Whilst they’re doing that good work, they’re actually learning valuable skills so when they are released they will be able to get a good job and be productive members of the workforce,” Mr Lee said.

The units will begin being trucked up to the Northern Rivers where they will be commissioned on dedicated temporary housing sites.

Manager of Industries for Corrective Services Scott Everingham says the inmates were all keen to get involved in such an important project.

“They’ve all been so supportive of this project and really dug deep and worked extra hours.

“We will try and repay them somehow, maybe a barbeque in recognition of their huge efforts to get this over the line,” Mr Everingham said.